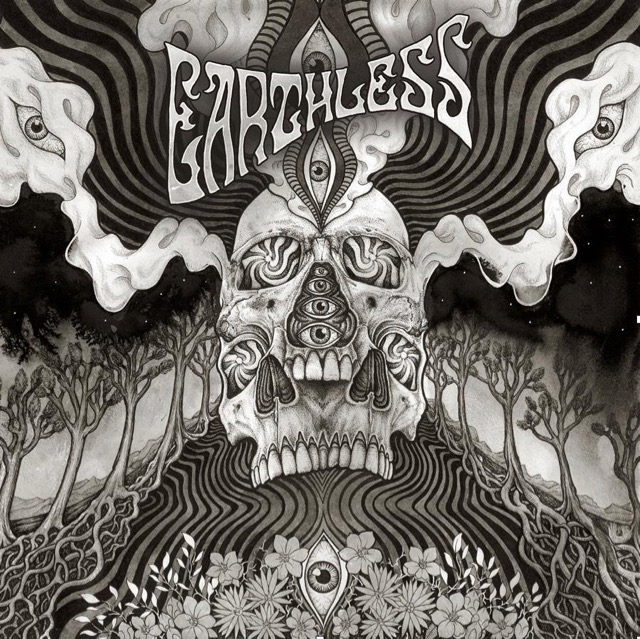 The band is giving fans an early preview of the six-track, forty-minute album with a stream of the first track on the album, “Gifted By The Wind“.  Longtime fans of the band will immediately recognize one unusual thing.  Earthless are primarily known as an instrumental band, this forthcoming album will feature vocals on four of the six included songs.

The track premiering here today is one of those four.  Drummer Mario Rubalcaba commented on the song, album and more saying:

“We are proud to drop the first single ‘Gifted By The Wind’ today.  Something that moves, grooves and wants to shake your brains!  We hope you enjoy and of course blast the ‘F’ out of it.”

“It wasn’t a premeditated thing to do a record with vocals,” continues Rubalcaba. “On the older records, Mike [Eginton] was responsible for a lot of the riffs that would start these jams, but on this one Isaiah [Mitchell] really brought his own pizazz and flavor to it.  I’d say that’s one of the major differences on this album: It has more of Isaiah’s input.  He took a risk bringing these ideas to us, not knowing if we’d like them.  But as with everything we’ve done in the past, it felt very organic and natural.”

Black Heaven was recorded at Rancho de la Luna in Joshua Tree, CA, with Dave Catching (Eagles Of Death Metal) handling production.  Pre-order bundles, with digital releases offering an instant download of “Gifted By The Wind“, are available HERE. The band also have announced a planned North American tour, with support from Kikagaku Moyo and Jjuujuu.