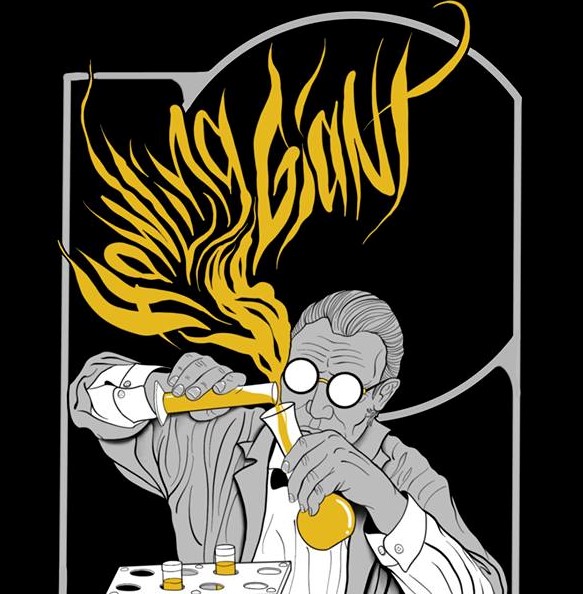 My enamored enjoyment of the Nashville-based, genre-warping musical entity HOWLING GIANT began a long time ago in a galaxy far, far away…

No, wait, that isn’t right… it was more like 2015. That was the year I discovered the band, by means of their Self-titled EP release. That introduction to HOWLING GIANT was quite the revelatory experience, one that exposed me to a truly unique act.

The band fluidly melds the whole shebang into their own sonic chemistry set, from progressive metal, stoner rock, and doom, to psychedelia and space rock, they do it all.

This is why – with intense excitement and expectation – that I recently took advantage of an offer from Magnetic Eye Records’ Jadd Shickler: to see and interview the guys. This would occur at their recent, May 26th gig at Sly Grog Lounge in Asheville, N.C., the last stop of the recent “Escape From The Lab Tour 2018“. [Check out my review of the show HERE].

Thanks to Will Bouton of FUGO Films, we captured this conversation on video, and trust me, it is one you’ll want to watch. If you’re a HOWLING GIANT fan, you will appreciate the amount of ground we cover. From this latest tour run to the EPs and their conceptual storyline, to their recent contribution to Magnetic Eye Records‘ Pink Floyd tribute compilations [INFO], it is all here… and a hell of a lot more.

So, without further dialogue, come check it out…