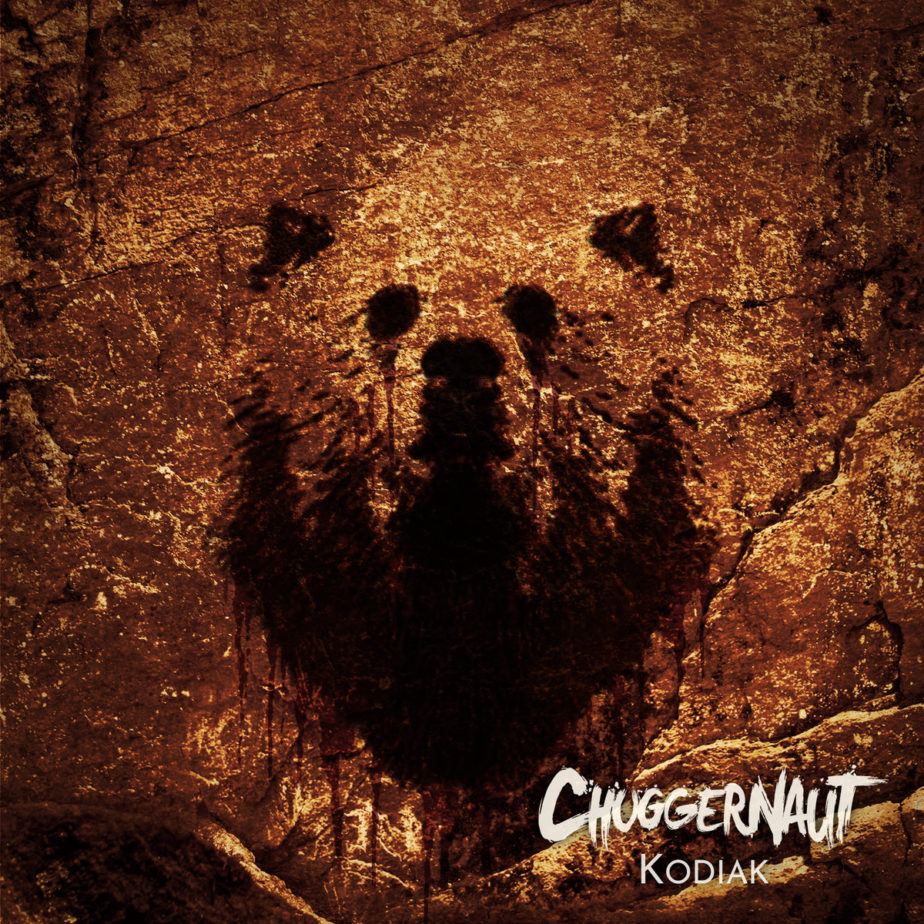 We return to Boston for a review, this one being the metal dense heavy rock of CHUGGERNAUT and their brand spanking new EP release, “Kodiak“.

The five-song recording (released on Aug. 24th) is a fiercely caustic offering of hard rock and modern metal, all of which is rendered with intensity. The quartet at the core of CHUGGERNAUT – Dave Benites (Vocals), Dave Cohen (Guitar), Dave Marvuglio (Bass), and Blaize “Dave” Collard (Drums) – have coined their own term for this music: “Regressive Metal”.

“I play a fanned-fret 8-string guitar, and Marv (David Marvouglio) uses a 5-string bass, just as a progressive metal band might. All four of us in Chuggernaut have vast musical backgrounds and training as well. But, instead of trying to push the musical envelope forward, we’re more interested in putting our own twist on the “throwback” heavy sounds of metal and rock that the four of us loved growing up, and using them in a modern context.“

Insightful… and absolutely on point as the guys seemingly travel simultaneously in two worlds. One is the retro-tinged realm of vintage rock and early metal music, influences you can hear permeating such scorching songs as “Stranglehold” (official video below) or “Disposable Moments“.

The other one is the modern, or contemporary, plane of musical reality, a place that comes clearly into your headspace with a song like “Black Lung“. The number is a riveting high point of the EP, one riddled with heavy, aggressive elements yet tempered with melody and groove.

There’s an interesting revelation to be shared about CHUGGERNAUT and their ‘Kodiak‘ EP, the fact that vocalist Dave Benites only recently came on board with the band. He was auditioned and recruited halfway through the recording processes for this release, so it’s pretty remarkable that he was able to adapt so quickly. Benites’ vocals on these five tracks are far beyond impressive, he repeatedly shines on them, providing some of the record’s finest moments.

Check him out on the raging inferno that is “Control Burn“, his vocalized parts are powerful and full of range. His instrument wielding bandmates aren’t slacking either, of course, the song’s winding grooves and chugging riffs are quite thrilling to traverse. This track and the EP closing “Aftermath” are both stellar standouts, especially the latter’s monstrous aggro metal qualities.

Truth is, there is not a lame nanosecond lapsed on the ‘Kodiak‘ EP, each note and moment is rousing, even inspiring. It is reaffirming to hear such an original and utterly killer album come to light in an age over-saturated with mediocrity and deflating repetition.

Stream the ‘Kodiak‘ EP from CHUGGERNAUT above in our review or you can find streaming and purchase options at the following links: