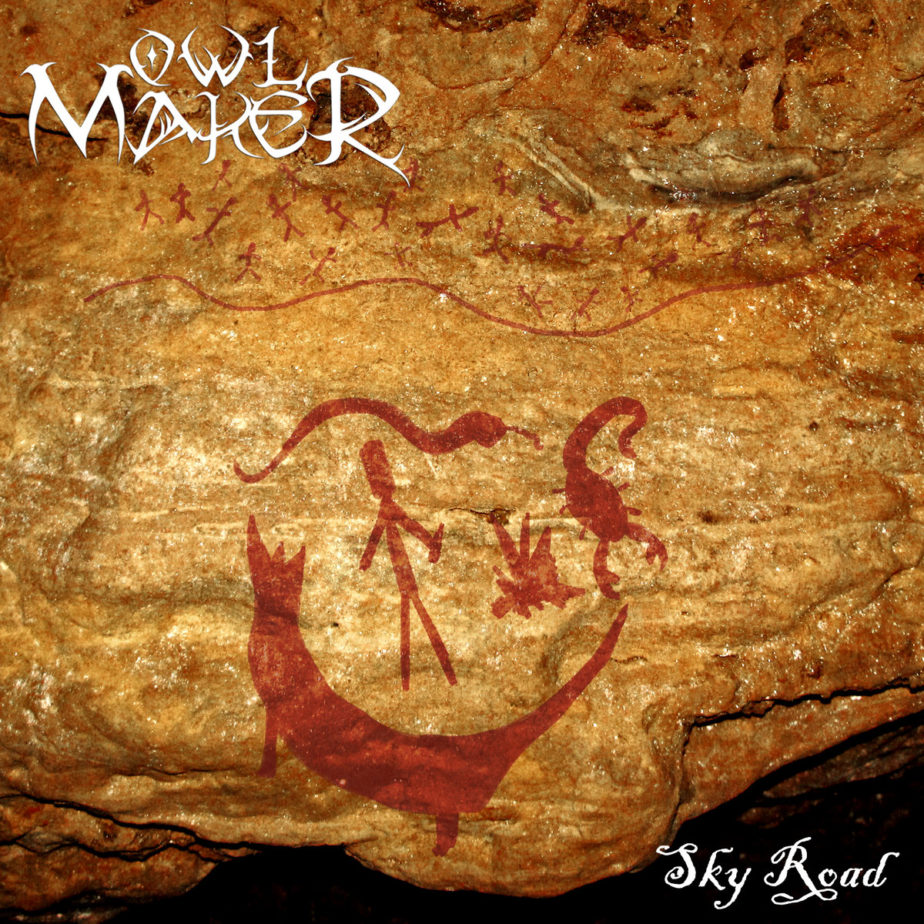 Today, Riff Relevant is excited to bring you the exclusive pre-release stream of the new ‘Sky Road‘ EP from Connecticut’s OWL MAKER.

“According to Lakota legend, the crone goddess Owl Maker guards the Sky Road – the entrance to the Land Of The Dead. Souls who bear the wrong tattoos are cast back to Earth to fade into oblivion…”

‘Sky Road‘ will arrive this Friday, November 2nd, and is the fantastic follow-up to the band’s earlier 2018 EP offering, ‘Paths Of The Slain’. The new recording is being unleashed just seven months after its predecessor, yet its contents quickly reveal a profound evolution in the trio’s aural artistry.

Possessing conceptual themes of hopelessness, isolation, and revenge set against a stark desert landscape, this latest pair of tracks, “Sky Road” and “Owl City“, are sure to enthrall. They steadfastly establish the broad range of influences that guitarist/vocalist Simon Tuozzoli (also of Vestal Claret fame), bassist Jessie May, and drummer Chris Anderson inject into their music.

‘Sky Road‘ was produced by the band’s own Simon Tuozzoli, who also created the album’s artwork. The EP is available to pre-order / purchase at this LINK.

In case you missed it: Check out the Riff Relevant review of the previous release, ‘Paths Of The Slain’, [HERE].