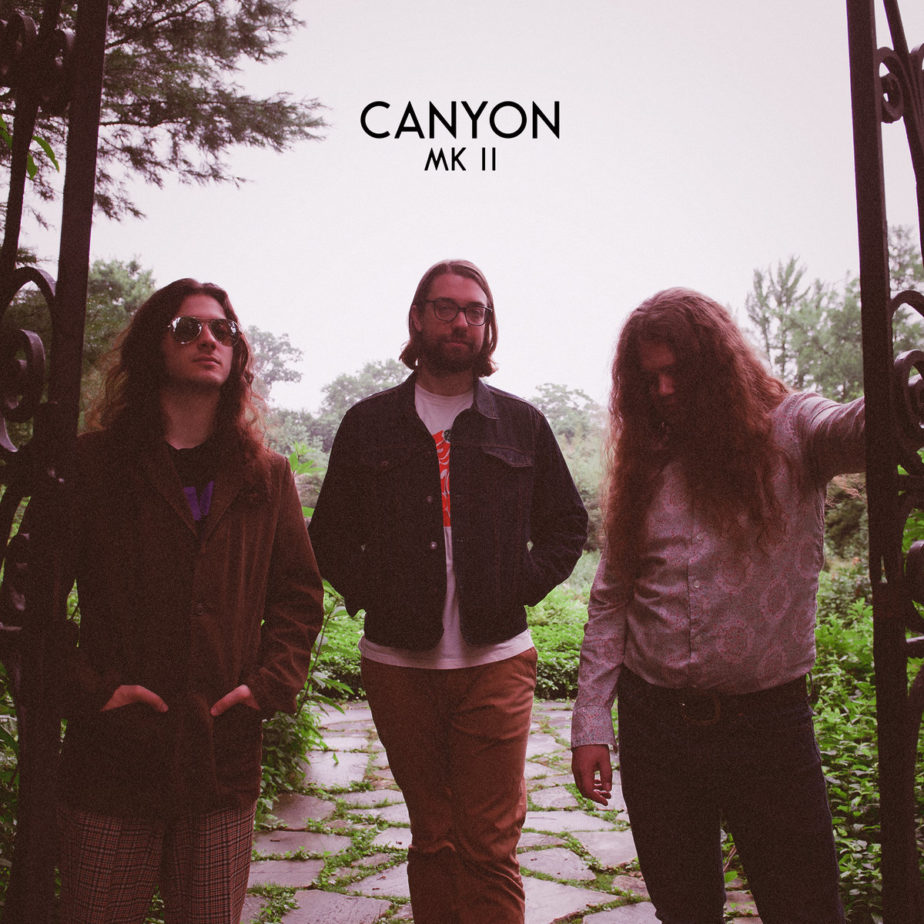 Philadelphia’s CANYON recently returned with a new three-song EP, one that acknowledges the band’s recent personnel changes, right there in its title, ‘MK II‘.

Many of you may remember the monumental splashes that CANYON made with their previous recorded offerings, 2017’s ‘Radiant Light’ and 2016’s self-titled ‘Canyon’. The band’s knack for crafting some of the finest, retro-tinted, fuzz-laden psychedelic blues/rock was firmly established with those pair of outings, for sure.

However, following the release of ‘Radiant Light’, drummer/vocalist Anthony Bove amicably parted ways with CANYON, leaving Pete Stanko (guitar, vocals, keys) and then-bassist, Dean Welsh, to regroup. Regroup they have, too, as Dean moved over to the spot behind the drum kit and thus freed things up for new bassist and lead vocalist Fred Fredrick to enter the CANYON fold.

This is not the first time that rock history has seen a band revamp its roster of members and reintroduce themselves with an MK II designation. Not at all, as rock royalty, Deep Purple, has done it not just once, but on at least two occasions – resulting in their own MK II and MK III eras of the band.

Yet, in today’s ever fast-paced, attention-deficient society, sometimes it is better to let the music do the talking, right? It is usually such that makes a lasting impression on folks, be it either good or be it bad, whichever. In my opinion, there is not a chance in hell of the latter happening here with CANYON, not when based on the ‘MK II‘ EP.

With three riveting tracks of acid-washed blues, ones possessing some throwback funk elements and jamming qualities, CANYON invite you to come (re)taste the band, and etch that invitation in rock.

“Mine Your Heart“, “Morphine Dreams“, and “Roam“, are stunning cuts, each one ultimately showcases the revitalized trio’s greatest strengths… and diversities, too. From the slowly scorching simmer of “Mine Your Heart“, with its laid back swagger and rhythmic grooves, to the beefy, riff-driven heavy rock of “Roam“, CANYON plant their stake with steadfast fierceness.

For me, the highlight of the EP comes with its second song, the seemingly narcotic enhanced “Morphine Dreams“. Damp with lysergic-laced nuances, the song staggers about your skull with a euphoric presence derived from its own outta-the-world headiness.

Explore the ‘MK II‘ EP/era of CANYON now via the stream in this review, but I suggest you expedite yourself over to Bandcamp [HERE], where it is currently available as an NYP (Name Your Price) item… one that only a fool would pass on obtaining.