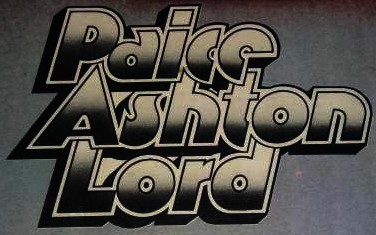 Anyone that is even a little knowledgeable about rock history should immediately think the name PAICE ASHTON LORD seems oddly familiar.

The name of this long-lost, mid-Seventies band is derived from the last names of its founders – Ian Paice, Tony Ashton, and Jon Lord. Yes, that is Ian Paice (drummer) and Jon Lord (keyboardist) of Deep Purple fame, along with singer Tony Ashton of Ashton, Gardner, & Dyke. Ashton and Lord were quite known to one another, having worked together on at least two prior solo projects / releases from Jon Lord.

PAICE ASHTON LORD recorded their sole studio album, ‘Malice In Wonderland‘, that year, which was then released in 1977. Despite some respectable critical appreciation for the record’s blended rock and roll, rhythm and blues, funk, and soul styling, it was not a commercial success by any stretch.

Though a second studio album was planned, it would never materialize. By 1978, the band had dissolved; not long after Tony Ashton broke his leg falling off a stage in the dark at a London concert. Jon Lord and Bernie Marsden, and later on Ian Paice, would all join Whitesnake at some point, with Lord and Paice eventually reforming Deep Purple in the early Eighties.

Tony Ashton died of cancer in May 2001, followed by Jon Lord‘s death from pancreatic cancer in July of 2012.

In addition to the one studio album from PAICE ASHTON LORD, the band appeared on the BBC2 and BBC Radio 1 simulcast series “Sight And Sound: In Concert” in 1977. They performed songs from ‘Malice In Wonderland‘, plus cuts from Ashton and Lord’s 1974 album, ‘First Of The Big Bands’. This recording (streaming below) was later released on VHS format, and subsequently DVD, in 2006.