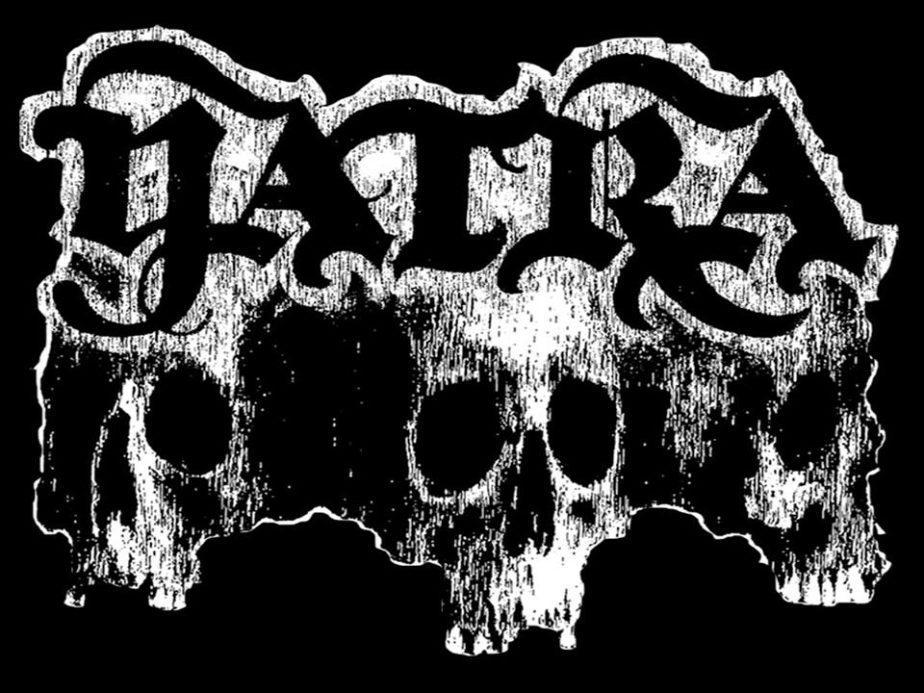 ‘Death Ritual‘ is set to drop via Grimoire Records on January 4th, 2019. Details of this highly anticipated studio effort from YATRA – guitarist / vocalist Dana Helmuth, bassist Maria Geisbert, and drummer Mike Tull – are being shared today and include the album artwork, tracklist, pre-order options, and more.

Since YATRA‘s birth from the ashes of Blood Raven in 2017, talk of the trio’s musical output and enthralling live performances has seemingly reached near hysteria. Their unique sound is embedded with both traditional, and metallic, doom nuances while containing aspects of fuzzy, blackened sludge and experimental leanings.

YATRA seal the deal with their harsh, yet captivating vocals that weave lyrical tales inspired by revered authors of fantasy, as well as ancient mythologies. ‘Death Ritual‘ was recorded, mixed, and mastered by Grimoire Records’ Noel Mueller in August of 2018. The artwork features four mixed-media pieces by Aki Pitkänen, layout by Mueller, and the hand-drawn logo by Dana Helmuth.

It will be released on January 4th, 2019, on CD and digital download via Grimoire Records, and on limited-edition vinyl record directly from the band. Pre-order is active now [LINK], with audio samples and more expected to be announced soon.