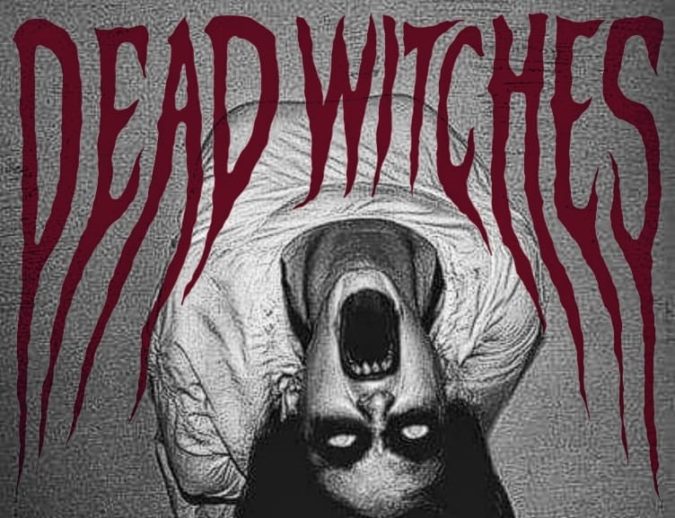 The UK based occult doom entity DEAD WITCHES – the band founded by Mark Greening (Ramesses, ex-Electric Wizard, With The Dead) – return with their sophomore album release.

‘The Final Exorcism‘ will arrive from Heavy Psych Sounds on February 22nd, 2019, but it is not the only new thing connected to the band. There is new blood in DEAD WITCHES, their latest incarnation sees singer Soozi Chameleone (Satlan, Killing Man Jaroh) joining the coven in the spot left vacant by the exit of former vocalist, Virginia Monti. Guitarist Oliver “Irongiant” Hill has also entered the band’s ranks in place of Greg Elk, who unfortunately passed away in 2016, just prior to the early 2017 release of DEAD WITCHES début, Ouija.

The pair joined drummer Mark Greening and bassist Carl Geary for the recording of ‘The Final Exorcism‘ at Chuckalumba, the studio where the fabled sessions for the Electric Wizard classics, ‘Dopethrone‘ and ‘Let Us Prey‘, as well as the aforementioned ‘Ouija‘, were recorded. Once recordings were finished this past August, they were then mastered by Doug Shearer, the man responsible for the mix on that same pair of Electric Wizard albums.

You can now hear the results with the unveiling of today’s song, “Fear The Priest“, an ominous, thundering slab of lumbering doom-laden with fuzzy emissions and sinister vocals. Along with the track comes the album artwork – designed by Goatess Doomwych – and the tracklisting, as well as pre-order and info on formats available.

‘Ouija‘ is also receiving a vinyl reissue in the following variants. You can pre-order yours now HERE.

Pre-order DEAD WITCHES ‘The Final Exorcism‘ at this LINK – available in the following formats: