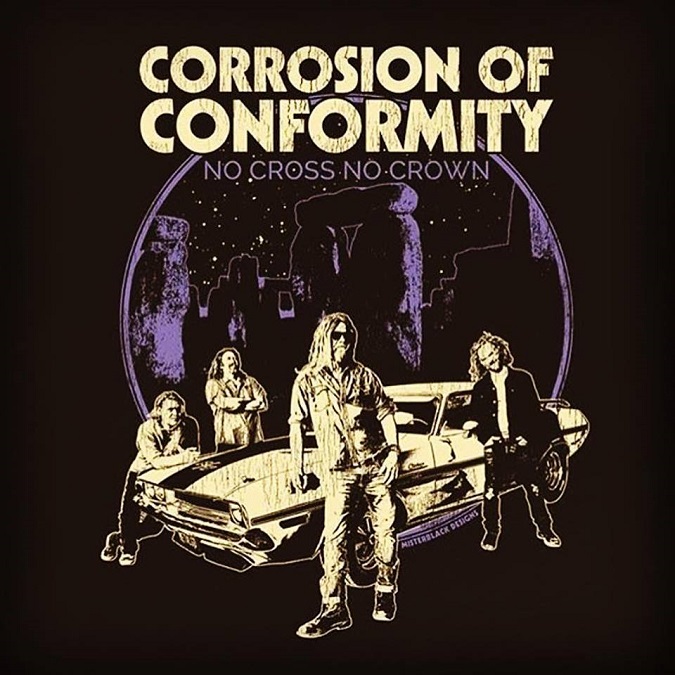 The headliner alone is legendary. A personal favorite and pretty much guarantees a raining sulfur fire reaction to the tour announcement in the world of heavy rock and metal.

But this tour has not merely one legend-level band, they went and doused this engine in black sludge oil with Crowbar to directly support. Add the twin diesel fuel tanks of Weedeater and The Obsessed on select halves of the dates, then let’s just ignite that goddamned motor with the flint spark of Mothership for good measure. The heavy music interwebs just about had itself a meltdown on Wednesday when this tour lineup was revealed.

Let’s take a moment to compose ourselves and leave most of the details to the official announcement, with a few extras for fun:

CORROSION OF CONFORMITY will kick off 2019 with a long-anticipated North American headlining tour. Set to commence January 19th in San Antonio, TX, and run through February 27th in Nashville, TN, the month-long trek will include support from Crowbar and Mothership, as well as Weedeater and The Obsessed on select shows. Tickets go on sale this Friday, November 9th.  All confirmed dates and ticket links are below.

CORROSION OF CONFORMITY released the critically acclaimed ‘No Cross No Crown‘ full-length earlier this year via Nuclear Blast Entertainment. Captured in North Carolina with longtime producer John Custer, the record marks the first studio recording with vocalist/guitarist Pepper Keenan in over a decade and, earning the #67 spot on the Billboard Top 200 Chart, #12 on the Billboard Top Current Albums Chart, and #3 on the Top Hard Music Albums Chart upon its first week of release, is the highest-charting album of the band’s career.

Riff Relevant reviewed ‘No Cross No Crown‘ earlier in the year [HERE]. We took some photos of their 2017 set at Psycho Las Vegas [HERE]. The album is available on CD, digital, vinyl, and cassette formats. Various order bundles are available [HERE].

Watch the band’s recent official video for their song, “The Luddite“, then check out the tour dates and grab a ticket or five.