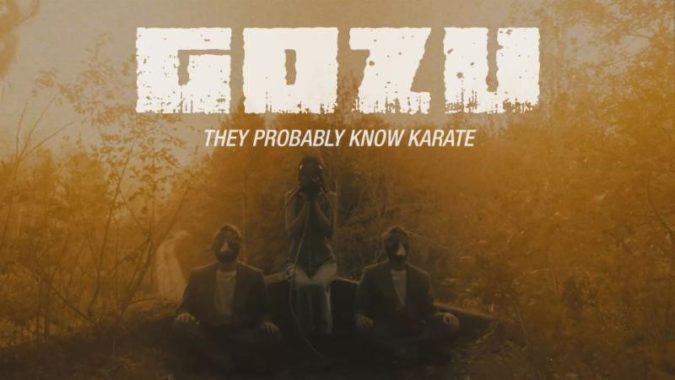 Boston’s heavy rock/metal foursome Gozu are enjoying themselves these days, it seems. It’s not unearned, they’ve doled out more than their fair share of hard work. They’ve been around many blocks over the past ten years – multiple tours throughout most of the U.S., treks through Europe, festivals, local dives, you name it.

These gents have unleashed more than a handful of releases since their 2008 demo, a few full-lengths and various tracks featured on several beloved compilation releases. After somewhat reaching their pinnacle in the heavy underground, Gozu has not slowed down under any circumstances. They most recently released ‘Equilibrium‘ earlier this year; their first full-length through Metal Blade Records‘ imprint Blacklight Media.

They are definitely climbing a new mountain in 2018. Next week, Gozu will join the Metal Alliance Tour, featuring Goatwhore, The Casualties, Black Tusk, and Great American Ghost. All upcoming dates for the Gozu portion of the tour are below.

In anticipation of these shows, the band debuted a new video for the track “They Probably Know Karate” from their Equilibrium album. Directed by Tony Simone at Zenbeast Media, Gozu had some comments about the new video:

“We are super excited about our new video! Tony is a super talented up and coming video director and knocked this it out the park! This is also a great jump off point to the Metal Alliance Tour coming up next week!! Goatwhore, The Casualties, Black Tusk, Great American Ghost… What’s not to like?? We get to tour with bands we’re actually fans of!”

Check out the new video for “They Probably Know Karate“, all the tour dates, plus a stream of Equilibrium, and a teaser video from the Metal Alliance Tour.

Purchase ‘Equilibrium’ in all formats [HERE].