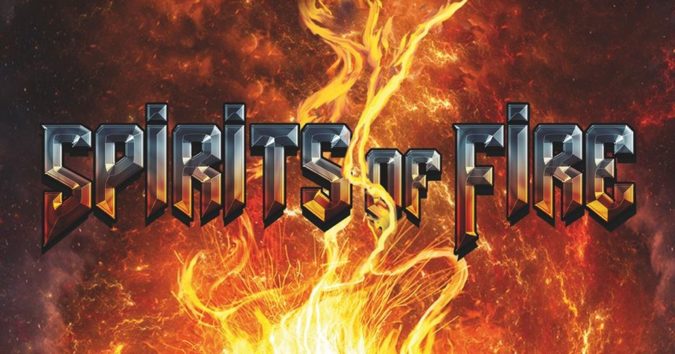 The then-unnamed collective has adopted the name SPIRITS OF FIRE since that time and now have returned with their first single and its official video, “Light Speed Marching“. With the video’s arrival, also comes news and info about the band’s début album, along with other details.

SPIRITS OF FIRE will release the self-titled ‘Spirits Of Fire‘ via Frontiers Music Srl on February 22nd, 2019. The album was produced by the famed Roy Z. (Judas Priest, Bruce Dickinson, Halford, Helloween) and contains explosive metal, very much in the vein of classic bands like Judas Priest and Savatage.

‘Spirits Of Fire‘ will be available in a variety of formats, including limited edition colored vinyl and collector’s box with t-shirt included. These are available based on location (links below), while CD, LP, and digital pre-orders are available HERE.