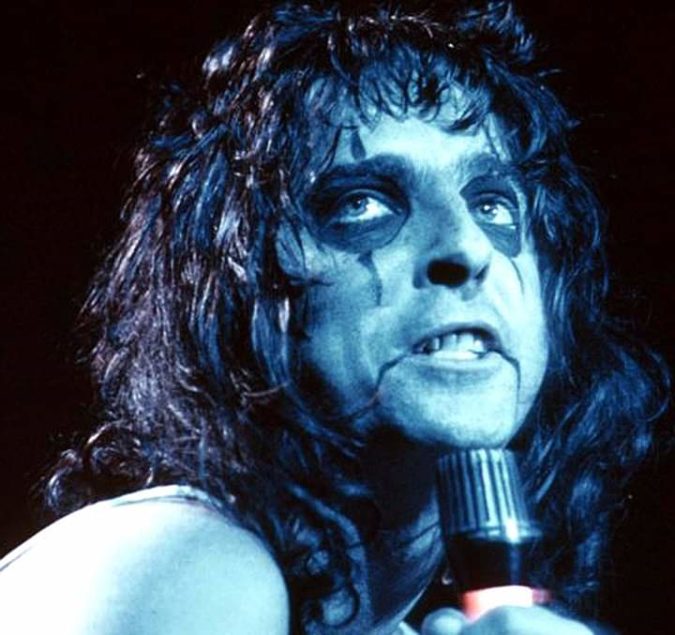 Before the release of 1975’s ‘Welcome To My Nightmare‘, Alice Cooper‘s first record as a solo artist, Vincent Furnier’s alter ego and his bandmates had already crafted a career’s worth of genre-defying, defining works that still hold up as some of the high points of a scene they largely created.

But for a plethora of reasons (enough to fill a book, several of which already tell those alternately thrilling and tumultuous days), Cooper decided to go it nearly alone with ‘Welcome To My Nightmare‘. He brought along longtime producer Bob Ezrin from previous outings, for continuity’s sake, and the sure hands that Ezrin brought to bear on several iconic albums of the era.

The ‘Welcome To My Nightmare‘ album was built from the ground up, to function as a sort of emotionally damaged Broadway show, full of resplendently grimy songcraft. The wholesale changes in the musicians who embarked on this journey with Alice ensured a more polished end product, but the seeds that the album grew from were still decidedly poisonous. Alice – always the cordial host – begins the breezy title track with the come-on “Welcome to my nightmare / I think you’re gonna like it…” Funky, phased guitars and horn parts drip with the distinct flavor of ’70s excess and the lavish production makes even the darkest songs go down easy.

This is an album firmly a product of its time-ambitious, purposely overwrought, and FUN – released before the corporate shackles of the ’80s were slapped on artists still reeling from the debauched revelries of the previous decade.

Alice‘s leering vocals in the brief “Devil’s Food” are soon supplanted by the insinuating tones of Vincent Price as we’re ushered into the opening moments of “The Black Widow”, a match made in musical Valhalla. Renaissance man and regal villain of countless Gothic horror movies of the ’60s, Price clearly relishes his brief walk-on role as a museum curator describing the titular arachnid’s pernicious nature. The band pulls out all the stops here, grandiose Broadway bombast being ground up in a thresher of hard rock grit and gristle.

Next up is the show tune audacity of “Some Folks”, making the listener wonder if he’s wandered into the wrong auditorium with its groovy finger snaps and cabaret piano mannerisms. Seemingly out-of-place on first listen, it’s actually perfectly in sync with the spirit of the album’s larger themes. The album was once described by Cooper as “a cross between a nasty fairy tale and something like West Side Story”, and the song sounds like the iconic art of the album transformed into a four-minute Gershwin tune.

“Only Women Bleed”, the closest thing to an obvious single here, is a surprisingly touching examination of many a woman’s lot in life. Partially composed by guitarist Dick Wagner, who would play on the KISS classic ‘Destroyer‘ only one year hence, it’s a song that caught many listeners off guard with its raw sentimentality. Cooper makes it stick with his memorable, yet understated vocal performance, practically demanding you to sing along for a bar or two.

The thumping “Department of Youth” is classic Alice, its place alongside tunes like “School’s Out” and “Elected” practically preordained by virtue of its ringing power chords, anthemic chorus, and children’s choir. The newly appointed guitar team of Wagner and Steve Hunter – recent defectors from the Lou Reed camp – bring polished, but powerful riffing on many tracks here, showing that Cooper wasn’t stepping away from his earlier work, merely augmenting it in new ways.

The sleazy hard-rockin’ “Cold Ethyl” sounds appropriately creepy, befitting the necrophiliac proclivities of the song’s narrator, the song allaying many a fan’s concerns about Alice Cooper getting TOO family-friendly. “Years Ago” is another unsettling piece, full of stilted keyboards and the child-like vocals of Alice portraying the story’s de facto protagonist, who continues his pained narrative on the following tune, simply titled “Steven”. Distraught and disturbed, this capricious psychopath takes a laissez-faire stance at the song’s end, insisting that his victims weren’t really prey to his craven whims, but the sad recipients of a divinely decided fate.

A jagged, nerve-jangling vocal is juxtaposed against nimble piano phrasing, and the “Nightmare” portion of the evening officially commences. Further down the rabbit hole, we go in “The Awakening”, describing Steven’s horror as he realizes the dark deeds he’s been unwittingly party to. The final song, “Escape”, wraps up the first chapter of the story on a strongly rocking note, while still leaving the door open for the inevitable sequel (as any good horror story is wont to do).

This album solidified Alice Cooper‘s reputation as a musician and provocateur at the time and has since proven its enduring allure by remaining in the upper echelon of records that come to mind when Cooper is mentioned. On the subsequent tour supporting this album, Alice Cooper gave the world a spectacle to remember, with its horror-show outrageousness and pathos, and the album that inspired so much lunacy across the globe remains the perfect libretto to a career’s worth of aural mayhem and delight.