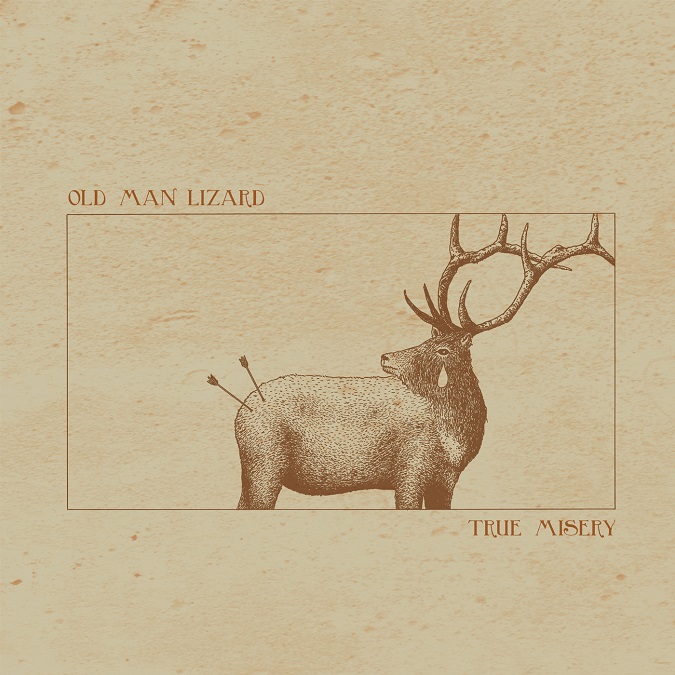 Since 2011, U.K. power trio OLD MAN LIZARD has been belting out their unique brand of particularly fine stoner metal heaviness.

They’ve captured some memorable live shows under their belts, too – alongside the likes of Elder, Conan, and Fatso Jetson, as well as slots at Desertfest London and Belgium – establishing OLD MAN LIZARD as a staple of the current heavy fuzz rock scene.

After two well-praised records – a self-titled début with Heavy Psych Sounds, ‘Lone Wolf vs Brown Bear‘ on Wickerman Recordings – and a 7” split with Earthmass on Big Riff Records, Jack Newnham (also in Slabdragger and Meadows), Gav Senior, and Dan Beales have returned to release their third full-length, ‘True Misery‘, due out this Friday, November 30th with Wasted State Records!

Today, Riff Relevant and the band are exclusively sharing the ‘True Misery‘ album in its entirety!

“It’s been three years since our last release and we are totally psyched to finally be unleashing ‘True Misery’ via Wasted State Records soon!“ the band comments. “This album is a choice selection of material written over the last 5 years, covering a broad spectrum of influences while staying true to our sound; the overall feel of the album has been captured perfectly in the artwork, by “Sick” Mike Dicken. We had an absolute blast recording with the super-talented and eternally-patient Jason Frye (Century Audio and Harrowed) and we were lucky enough to have bluegrass hero, Pete Allen, drop in for a session and lay down some fiddle! Expect heavy, expect tone, EXPECT RIFFS!”

Available on CD, Vinyl, and Digital Download, these brutal tales and banging riffs are vital listening, and pre-orders of ‘True Misery‘ are open at either Wasted State Records [LINK] or Old Man Lizard‘s Bandcamp [LINK]. Dive into the heavy riffs of OLD MAN LIZARD and stream the band’s new album ahead of the official release date!