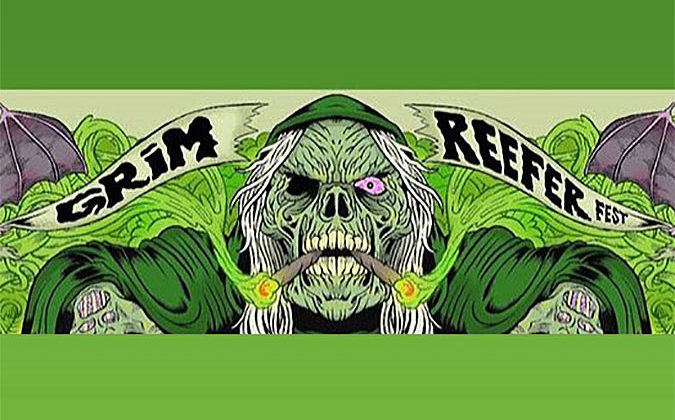 Maryland is one of the United States’ primary hotbeds for underground stoner and doom music. We all know that, right?

For the past two years, there has been an all-dayer showcase event held in Baltimore, featuring some amazing acts from the realm of stoner doom, sludge, and metal. The event has been held on the globally recognized “holiday” for the marijuana-loving set, April 20th – 4/20 – and this year that tradition shall continue… under a new name!

Announcing the GRIM REEFER FEST, set to take place at the Ottobar in Baltimore on April 20th, 2019. The festival, whose new name was inspired by the mascot-like character created for this past year’s event, will feature eight incredible acts. There will also be a food truck provided by Mexican On The Run for feeding the blazing masses in attendance. The bands confirmed are:

Advance tickets will be $20 [LINK] and you can find all pertinent information on the event [LINK].