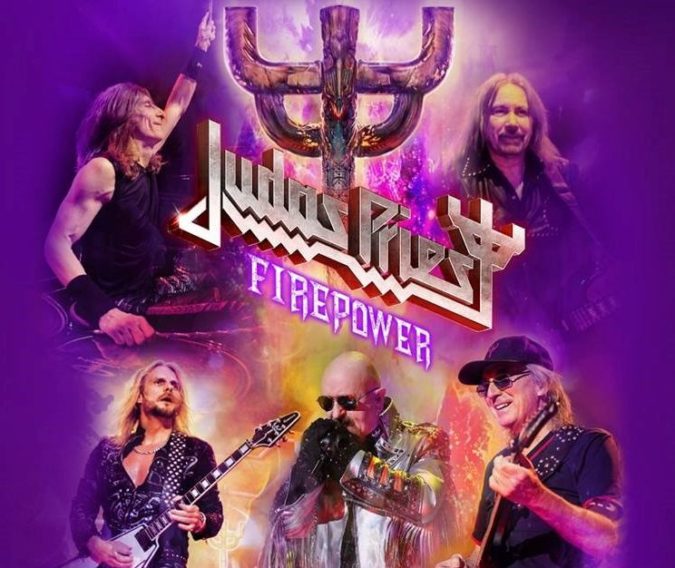 The ultimate, long-running metal gods JUDAS PRIEST have announced their return to the shores of North America this coming spring and summer for a new leg of touring in support of their ‘Firepower‘ album.

Their current Columbia Records release was confirmed as one of the most successful of the band’s entire career – landing in the “Top 5” of 17 countries and their highest ever chart placement in the U.S. at #5. Demand to see the band in concert is higher than ever and come 2019, headbangers will get their chance to experience the legendary band on a nearby concert stage, with none other than classic proto metallers URIAH HEEP.

Kicking off on May 3rd, at the Seminole Hard Rock Hotel & Casino in Hollywood, Florida, and wrapping up on June 29th, at The Joint at Hard Rock Hotel in Las Vegas, Nevada, fans will get an opportunity to catch JUDAS PRIEST at the height of their live concert greatness on any one of the tour’s 32 dates.

“Metal maniacs – Judas Priest is roaring back to the USA for one more blast of Firepower! Firepower 2019 charges forth with new first time performances born out of Firepower, as well as fresh classic cuts across the decades from the Priest world metalsphere. Our visual stage set and light show will be scorching a unique, hot, fresh vibe – mixing in headline festivals, as well as the in-your-face venue close ups. We can’t wait to reunite and reignite our maniacs…THE PRIEST IS BACK!” – JUDAS PRIEST

It is uncertain if Andy Sneap will reprise his role as one of the live guitarists for the band, alongside Richie Faulkner. Sneap filled in on a 2018 North American tour for Glenn Tipton, who revealed earlier this year that he’s battling Parkinson’s Disease. Andy Sneap is also a famed producer and the man behind the boards for the immensely successful ‘Firepower‘ album.

Tickets for this incredible trek can be found [HERE] – find the full touring itinerary below, along with a video “No Surrender” off ‘Firepower‘.