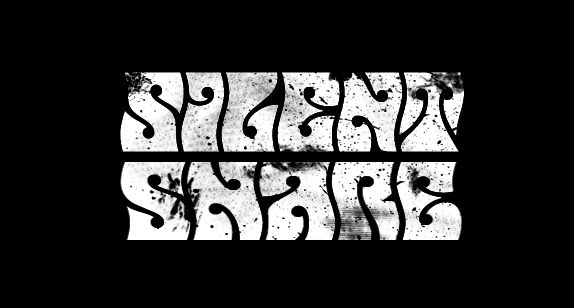 From Ghent, Belgium comes the recent, self-titled album release from SILENT SNARE, the band’s follow-up to their 2015 ‘Darken‘ EP.

On their latest outing, the band – Sam Goekint (drums, synths), Tim Eeckhout (guitar), Ramses De Ruyck (bass), and Lucas De Corte (guitar, vocals) – do not just merely “play some music”. No, instead they play some music that is quite incredible and enthralling, in part due to the heavy use of psychedelia, along with a bevy of stoner and post-metal, grunge, and sludge elements as well.

Across the span of these six songs, we are taken upon an amazing journey that begins with the heady, lingering space rock jams of “Perished In Perihelion“. Within it, the casual jamming nature of the song gradually builds in a slow, slightly intensifying way, peppered with spoken word passages and hypnotic emissions of molten rock. It is the perfect set up for that which we segue into next, second song, “Yawmuddin“.

Keeping with the lulling lysergic liquidity of its predecessor, the song is a floating wisp of tranquil music at first, before a full-on explosion into a more aggressive state. It is temporary though, for things will circulate themselves through cycles for the remainder of the track, from sonic lurches forward to seemingly narcotic-laced free falls.

Other tracks are no less spectacular either, as we are treated to the fuzz-thick psyche doom of “Vegetarians Are Biodegradable” (which has to be one of the best titles ever), the classic heavy metal tinted “Feeding The Ocean“, and the tripped out, feel good, fuck-about of “Armgheaddon (Get Schwifty)“. That latter mad hatter of a tune is preceded by the semi-thunderously discharged “Hold Your Mammoths“.

This track in particular is one of the album’s best offerings, a mostly instrumental rendering of fret-smoking guitars and pulverizing rhythmic impressions. Like the other songs, there are ample time changes, tempo alterations, and genre warping to where a lot of emotional vibes are perpetually transmitted.

In contrast to the band’s name, there is nothing all too silent about this self-titled offering from SILENT SNARE, though it is so good that it does possess the means of ensnaring you. If you allow it to, I believe it is a capturing that you shall ultimately enjoy though, so why not find out now via the stream provided in this review? That, or head over to Bandcamp where it is also available for streaming and purchase [HERE].