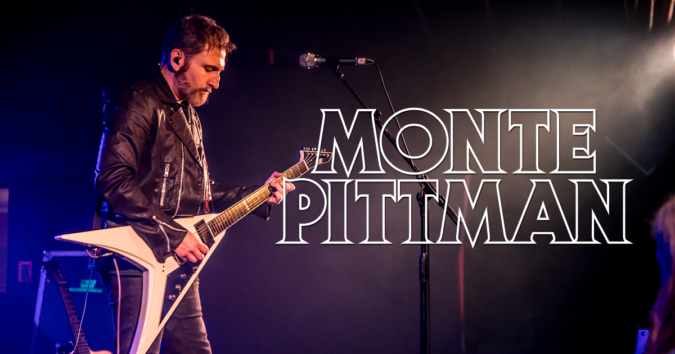 Guitarist MONTE PITTMAN, recording / touring player for Madonna and formerly of Prong, announces he will be providing direct support to the legendary Tony Macalpine on an early 2019 North American tour.

Monte Pittman‘s solo band will head out with Macalpine, and special guests Jacky Vincent and Lonero, when the trek launches in San Diego, CA. on January 27th. Pittman will be touring in support of his two latest solo album releases – ‘Between The Space’ and ‘Better Or Worse’ – both released earlier this year via Metal Blade Records.

He shared the following about the imminent live-run, saying:

“I’m excited and honored to hit the road opening for Tony MacAlpine. We’re playing some of the cities I recently played while opening for Sebastian Bach this fall, so I’m really looking forward to getting back there. This is going to be a great way to start the year.“

Pittman has been the guitarist for Madonna’s touring band since 2001 and has played in every incarnation of Madonna’s live band since that time. He has also recorded with her in the studio, appearing on at least two albums, and shares several songwriting credits with her as well.

In 2000, Monte joined iconic industrial metallers Prong and he played on tour in 2002, which resulted in his appearing on the band’s ‘100% Live‘  album. He later handled guitar and bass duties for the band’s 2003 album release, ‘Scorpio Rising‘, as well as later albums ‘Power Of The Damager‘ (2007) and its collection of remixes, 2009’s ‘Power Of The Damn Mixxxer‘.

These days, Pittman is hailed as a visionary guitarist and superbly well-rounded musician, as shown by his ‘Between The Space’ release earlier this year. For it, Monte did everything – from playing every instrument to recording the album and mixing it – he handled it all, save for creating its artwork (by Aaron Lea) and mastering the record (by Alan Douches).

Its companion release, ‘Better Or Worse‘, is an acoustic album that simultaneously mirrors ‘Between The Space‘ while acting as a polar opposite. This is something Monte elaborated on saying:

Stream ‘Between The Space‘ below where you will also find the full itinerary for the upcoming tour with Tony Macalpine and guests Jacky Vincent and Lonero.