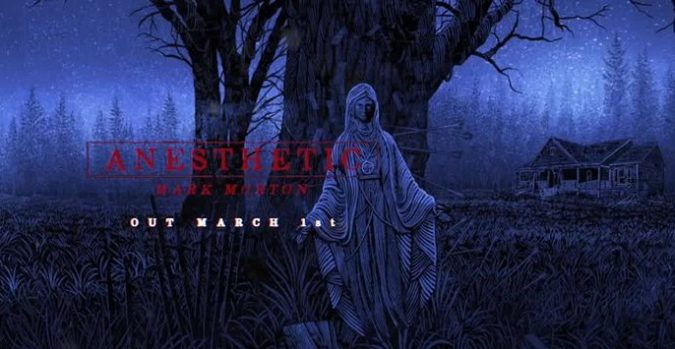 Mark Morton, the prolific guitarist of Lamb Of God, reveals details of a solo album release that sees him exploring a collaborative creative process with some intriguing guests.

Having joined forces with WPP Records, and Spinefarm Records on a worldwide basis, Morton will release ‘Anesthetic‘ under his own name on March 1st, 2019. The full tracklisting, complete with the list of guest artists appearing on the album is below. They include Morton’s Lamb Of God bandmate Randy Blythe, Mark Lanegan, Chuck Billy, Myles Kennedy, Jean-Paul Gaster, and Chester Bennington, among others.

Those names alone would seem to indicate this offering of music from Morton is outside of his norm with Lamb Of God. That point is driven home with today’s song première, the album’s lead-in track, “The Truth Is Dead“, featuring Randy Blythe and Arch Enemy vocalist Alissa White-Gluz.

Morton has been writing and working on the music for his solo début for several years, but the idea for a collaborative recording started with Morton, producer Josh Wilbur, and Jake Oni of Canadian metallers ONI (and founder of WPP Records). The idea was to assemble a dream team of highly respected musicians from a multitude of musical worlds; some friends and some who would never be expected to appear with such a high-profile heavy metal guitarist.

Check below for the album artwork, details, and the video for the first single, “The Truth Is Dead“. The ‘Anesthetic‘ album will arrive on March 1st, 2019. CD and vinyl pre-order, along with merch bundles, are now available HERE.