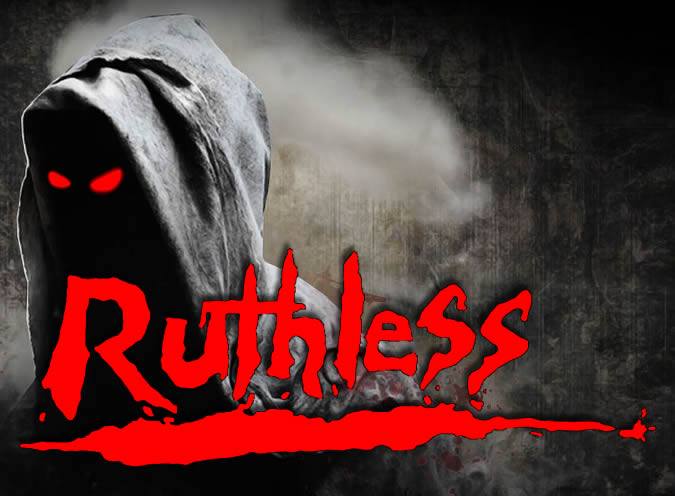 Without a doubt, the Eighties were definitely an amazing time for heavy metal, one where its multiple genres were being pioneered and ultimately established for all time to come.

Not only was the NWOBHM underway at the start of that decade, but traditional power metal, thrash, and death metal were as well. Eventually, they would each plant their flag firmly in the annals of music history, a magical time that produced a countless number of incredible bands who left their mark for eternity.

One of those bands that manifested in that age were Los Angeles’ RUTHLESS, formed in 1982, by vocalist Sammy D. (DeJohn) and guitarist Kenny McGee, then rounded out with Jack Black (bass), Todd Billings (drums), and Roland Schroader (guitar). The quintet quickly began to establish themselves in the local L.A. music scene by the only means available – playing the city’s club circuit and then relying on word of mouth to do the rest.

In those venues, RUTHLESS were playing highly energized, multi-faceted music that mixed elements of thrash, speed metal, and classic metal into their own cohesive, powerful sonic output. Utilizing an unstoppable twin guitar assault, solid rhythms, and dynamic vocals possessing a wide range, RUTHLESS was exactly that, ruthless in making a name for themselves.

1984 would find RUTHLESS working with the famed Bill Metoyer on a five-song EP that was released that year through the Iron Works record label, the well-received ‘Metal Without Mercy‘. After it’s issue, RUTHLESS underwent some lineup changes that resulted in drummer Bryant Scott and guitarist Steven Yeager joining the band, just prior to their signing with Axe Killer Records.

RUTHLESS soon entered the studio once again, working with producer Ethan James on what would be their first official full-length album, the now cult revered 1986 offering, ‘Discipline Of Steel‘. The album helped launch RUTHLESS to a new level of exposure and they were soon sharing stages with acts like Armored Saint, Dark Angel, Slayer, Metal Church, Saxon, and many others.

Yes, it was a wonderful time for RUTHLESS and for heavy metal in general… while it lasted. Citing the dreaded “musical differences”, RUTHLESS disbanded in 1989, with its members going on to pursue other musical projects. Years passed, while the story and legacy of RUTHLESS continued to grow and the band achieving reverence and respect in the world of metal.

In 2008, Sammy D. was contacted by the organizer of Germany’s legendary Keep It True Festival and was asked if RUTHLESS might reunite to play the festival. Talks began with other band members and a new incarnation of RUTHLESS, comprised of Sammy D., Kenny McGee, Jim Durkin (Dark Angel), Jack Black, and Bob Guitru, played the festival in 2009, to a great reception. This line up would play a handful of other select shows at that time, but soon it too would come to an end.

Throughout the years, vocalist Sammy D. (DeJohn) and guitarist Kenny McGee always remained in contact. Then in 2013, the pair got the songwriting itch and began to create new music together. Eventually, RUTHLESS activated once again, with a new lineup that found the duo joined by Marc McGee (bass), Dave Watson (guitar), and Jason Van Slyke (drums).

In 2015, RUTHLESS would strike again, releasing a new full-length album, ‘They Rise‘, via Pure Steel Records. It seemed as if this iconic act had not missed a beat, picking right back up with the unique style of aggressive, molten fueled metal that had served to establish them all those years back.

Drummer Joe Aghassi joined the band in 2017, with Sandy Vasquez (bass) and Chris Westfall (guitars) alongside Sammy and Ken in the current RUTHLESS lineup.

Just this week, RUTHLESS revealed they are currently putting the finishing touches to a new, as-yet-untitled, album they intend to release in spring of 2019, once again for Pure Steel Records. As anticipation grows for another salvo of sonic steel from the band, RUTHLESS is also undertaking some upcoming live performances. Thus far, they have confirmed they will play a show for NAMM week in January and appear at the Heavy Metal Maniacs Festival 2019 in Amsterdam [Info].