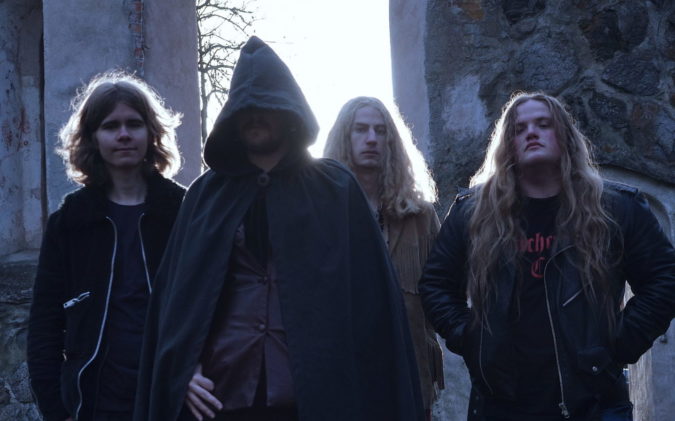 From Katrineholm, Sweden comes the imminent arrival of the traditional doom band WITCHERS CREED, by means of their upcoming full-length album début.

Ripple Music will release ‘Awakened From The Tomb…‘ on February 22nd, 2019. Today they share the single “Monolith“, along with the album artwork and details, and pre-order options. Once you hear the single, you will come to realize what strengths WITCHERS CREED both embody and exude within their powerful take on vintage doom and old-school proto-metal.

Founded in 2016, WITCHERS CREED began to quickly make a name for themselves with the release of their first self-titled, demo EP in 2017 (stream here), and a follow-up demo EP, ‘Depths Of The Black Void‘, a few months later. From there, the band began to receive invites to several major European based rock festivals and soon came to the attention of record label Ripple Music, while at RippleFest Sweden II.

‘Awakened From The Tomb…‘  is that album and it will be officially released on CD, vinyl LP, and Digital formats on February 22nd from Ripple Music; find pre-order active now at the label LINK.