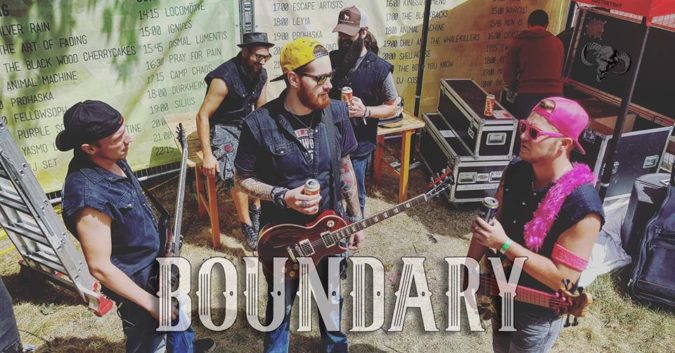 BOUNDARY will independently release the album on January 18th. Today we share the official video for a new single, “City Of Madness“. Along with the video debut comes the album artwork and details, as well as the imminent album’s previously shared title track video, “Overdose Of Sin“.

Formed in Vienna in 2017, the members of BOUNDARY – Goran Pavlovic (vocals ), Stefan Mair (guitars), Bernie Fix (guitars), Chris Chalmer (bass), and Christian Brandi (drums) – unified as a band upon their shared love for Motörhead and Black Label Society. You can hear those influences riveted into place within their music, with steely resolve and a steadfast heaviness, BOUNDARY knows no limits to their pure rock fury.

Check out the band’s official videos below, along with other details of the ‘Overdose Of Sin‘ album including the cover artwork created by Interceptor Beyond.

BOUNDARY will host an Album Release Show at the famed U4 Vienna in Vienna, Austria, the day of the album release, Friday, January, 18th.