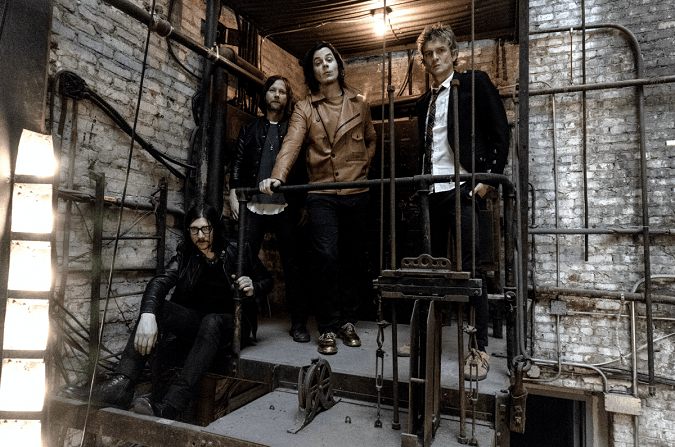 Supergroup THE RACONTEURS (also known as The Saboteurs in Australia), have released their first new music since the band’s second full-length album was issued in 2008.

Back in October, Third Man Records announced a deluxe re-issue of the 2008 album, ‘Consolers Of The Lonely‘, which was being offered through the label’s long-standing Vault subscription service. In addition to this special tenth-anniversary re-issue vinyl LP, the TMR Vault Package #38 also included two newly recorded songs, “Sunday Driver” and “Now That You’re Gone“, on an accompanying 7” vinyl single, along with other limited issue items specific to the Vault package.

As of December 19th, both tracks have been made available digitally. THE RACONTEURS, which is Jack White (The White Stripes, The Dead Weather), Brendan Benson, Jack Lawrence (The Dead Weather, The Greenhornes, Blanche), and Patrick Keeler (The Greenhornes), have given both new songs their own official video treatments.

Below, you can watch the videos for “Sunday Driver” (directed by Steven Sebring) and “Now That You’re Gone” (directed by Dikayl Rimmasch), while the band is currently working on a new album. The as-yet-untitled effort is set for a 2019 release, and when it does arrive, it is expected that “Sunday Driver” and “Now That You’re Gone” will be included on the new album.