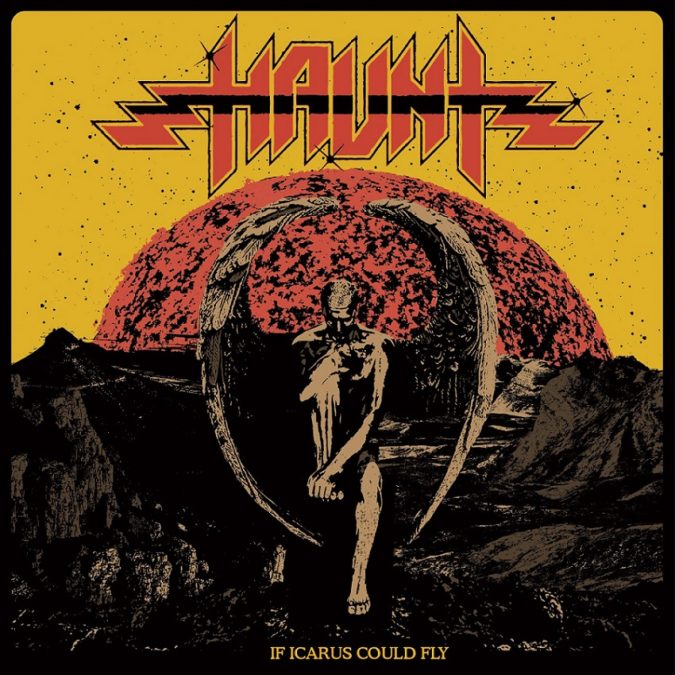 HAUNT began as the solo project of Beastmaker / Hagen Altar’s Trevor William Church, but after the strong success of the ‘Luminous Eyes‘ EP released in 2017, and the 2018 full album follow-up ‘Burst Into Flame‘, HAUNT has taken on a life all its own. The band currently consists of John Tucker (guitar, backing vocals), Taylor Hollman (bass), and Daniel “Wolfie“ Wilson (drums) alongside Church.

The full-length ‘If Icarus Could Fly‘ will arrive on CD, vinyl LP, and cassette tape formats from Shadow Kingdom Records on March 17th, and you can hear a pair of tracks from the album now. The songs “Run And Hide” and “It’s In My Hands” are streaming below.

The new album ‘If Icarus Could Fly‘ from HAUNT is available to pre-order now via Shadow Kingdom Records. Before the new album does arrive, fans in the western U.S. will get a chance to see HAUNT live on their “Frozen In Time Tour” beginning later this month. HAUNT will headline the tour dates, with support from Idle Hands and Hell Fire, and you can find the itinerary further below.