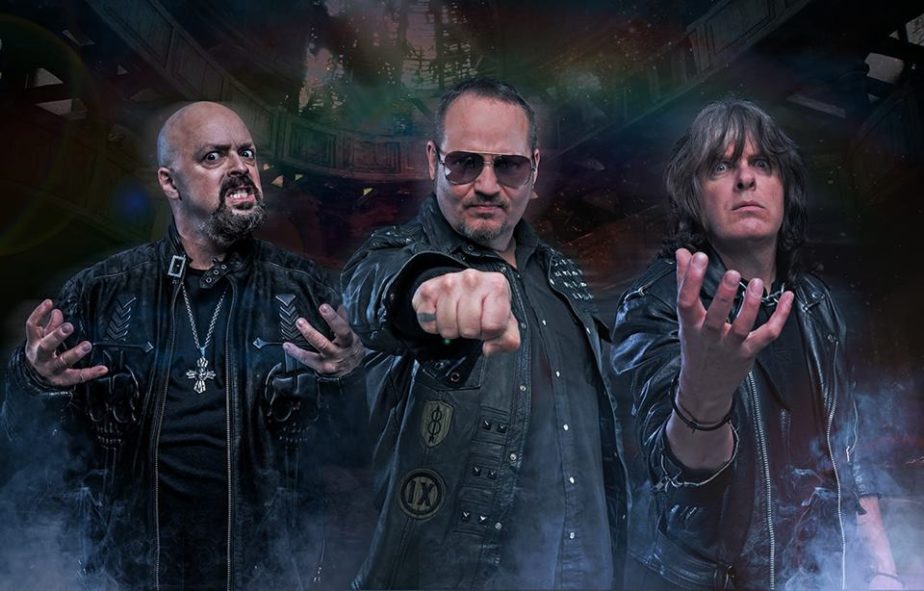 In August of last year (2018), a trio that I consider to be the most established, iconic vocalists in all of metal – Tim “Ripper” Owens (Charred Walls Of The Damned, ex-Judas Priest), Harry “The Tyrant” Conklin (Jag Panzer, Satan’s Host), and Sean “The Hell Destroyer” Peck (Cage, Denner/Shermann, Death Dealer) – announced they had united as THE THREE TREMORS.

At the time, the news also came with the revelation that in early 2019, THE THREE TREMORS would release their eponymous titled début album. This full-length studio introduction to the band is set to arrive next week on January 18th, and now there is further news to share about THE THREE TREMORS!

Following the release of the self-titled ‘The Three Tremors‘ album this month, this trio of remarkable, powerhouse vocal presenters will launch their first-ever U.S. tour in support of the début. This must-see trek will kick off on February 14th, at El Corazon in Seattle, and wrap up on March 11th, at The Crafthouse Stage & Grill in Pittsburgh.

The upcoming U.S. live campaign from heavy metal’s unholiest trinity of sonic tempests, THE THREE TREMORS, is something not to be missed. Each member had something to share about the imminent excursion with Sean Peck starting off with the following:

“After the European tour we did in September, it became clear that our live show was somehow even better than I ever imagined it could be. That is saying a lot because when I first conceptualized putting this band together 5 years ago I thought back then it was going to be amazing,. So after months of metalheads in America shouting from the rooftops for us to do dates in the U.S., I am stoked to finally announce our first U.S. tour dates.”

Harry Conklin, quite excited for the tour, then offered, “Do not miss the upcoming U.S. tour dates – we will be bringing our A game for sure! The Three Tremors will put the power and perfection of pure heavy metal on full display. So get your tickets ahead of time, and let’s make it an old-school heavy metal party in 2019!”

Ripper wrapped things up by adding: “Playing our new album in its entirety like we do every night is a total blast. We are all having a great time together performing these songs live, and I know the American metal fans are going to dig them, too. We of course are also playing some stuff from our personal catalogs, and some highly requested metal classics, too. It is a long night of rockin’ so be sure not to miss it!”

Stream the band’s lyric video for the track “When The Last Scream Fades” here; then find the upcoming tour’s itinerary further below.

Tour date tickets and album bundles can be purchased via the following links: