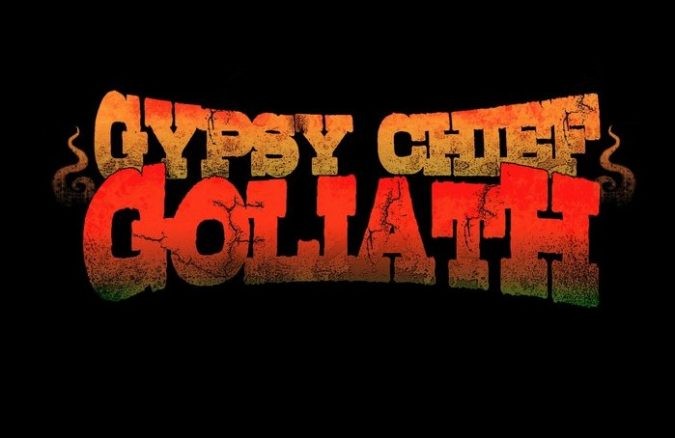 The band’s fourth studio album, ‘Masters Of Space And Time‘, will be released on LP, CD, and digital formats from Kozmik Artifactz on February 22nd. The album was recorded at Empire Recording Studios in Windsor, Ontario, co-produced by Adam Michalczuk, Nick Kinnish, and G.C.G.’s own Al “Yeti“ Bones, as well as engineered by Michalczuk and mixed by Kinnish. Additional tracking was conducted by Bones, with the mastering of the record from Phil Demetro at Lacquer Channel, and completed with the adorning cover art created by Will de Villiers.

Excitement for the arrival of ‘Masters Of Space And Time‘ will only increase with the revealing of the album artwork and its tracklist today, as well as the unveiling of the new single, “Stranger Desires“, by way of a lyric video. The track is quick to reveal the strong elements of ‘70s classic rock and heavy metal that GYPSY CHIEF GOLIATH blends so powerfully with nuances of ‘90s stoner rock and grunge. Surging with stellar organ inserts melded with fervent guitar playing, the song walks a tightrope between throwback proto-metal terrain and contemporary stoner rock.

Check it out here, along with the other details of the upcoming ‘Masters Of Space And Time‘ album from GYPSY CHIEF GOLIATH. It will see a worldwide release from Kozmik Artifactz on February 22nd and in related news, the band shall undertake some live performances soon, included below.