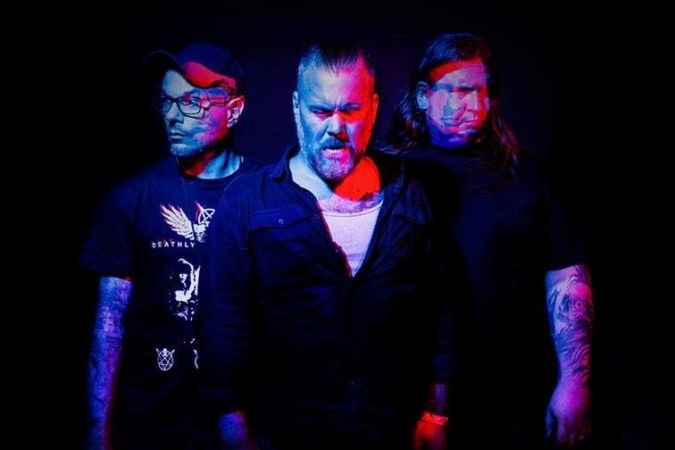 The long-running dark, metallic hardcore band INTEGRITY recently issued a new single titled “All Death Is Mine” via the Adult Swim Singles series.

The track is a volatile, gritty number full of aggressive angst and more hooks than a fisherman’s tackle box. It follows INTEGRITY‘s recent turn towards channeling more classic heavy metal influences in the band’s music, as evidenced on 2017’s ‘Howling, For the Nightmare Shall Consume’ album release. The mastermind behind the iconic band, Dwid Hellion, shared the following about the song:

“A few months ago, we were approached by Adult Swim to record a new INTEG song for their singles series. Around that same time, Dom and I had been working on corrupting some ’80s Heavy-Metal themed song ideas. “All Death Is Mine” evolved from working and reworking that concept.”

“All Death Is Mine” is available to stream here, while you can also see a trippy, visual enhancement created by Adult Swim for this song.

In related news, INTEGRITY has just announced a U.S. West Coast headlining tour that will be supported by Toxic Holocaust and All Out War, with Incendiary, From Ashes Rise, and Funeral Chic on select dates. The trek will launch in San Diego, CA. on April 18th and eventually wrap in Seattle, WA. on April 27th. INTEGRITY has also scheduled appearances both before and after the tour, including playing a pre-event gala at this year’s Decibel Metal & Beer Fest – hosted by Decibel Magazine – in Philadelphia, PA on April 12th, PitFest, and Austin Terror Fest 2019.

w/ Toxic Holocaust & All Out War