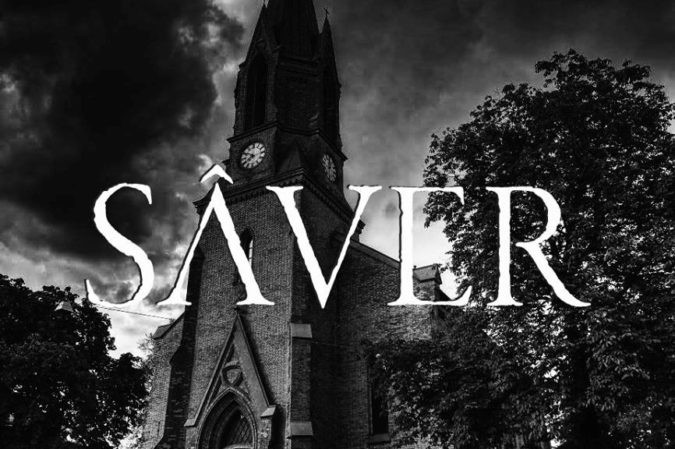 On March 8th, Pelagic Records will unleash ‘They Came With Sunlight‘, the début album from SÂVER – while today, we are sharing details of the upcoming release including album artwork and details including the pre-order options and more. The latter includes a precursor to the record’s release, the riveting official video clip for the first single, “I, Vanish“. Let me forewarn you now – you are likely to be quite amazed by the song and its accompanying visualizer.

The band shared this statement about the video:

“The video is a direct reference to the visuals we’ve been using live during the past year. The visuals are created by Simen Skari, and it displays abstract, wave-like formations that is constantly evolving while at the same time appear quite repetitive, which we feel matches our music quite well. Implementing these visuals into the video, it feels like a natural continuation of what we are doing in a live setting.”

‘They Came With Sunlight‘ was tracked in Norrköping, Sweden during May of 2018, and from the first time one listens to its contents, you know this is something profound. Founded upon unwavering heavy guitars and bombastic bass, with aggressive, yet anguished, vocals and bolstered with striking synths and other textural elements, this is music for apocalyptic happenings.

“The idea of starting SÂVER was a consequence of ending something. In the beginning, it was a good mix of loss, in a way, and the excitement of a blank canvas. In hindsight, we shared a feeling of longing for an escape, getting away from the known, and immersing ourselves into something completely different… which is scary and exciting at the same time. It mirrors the band both in a literary sense, as well as the general mood during the writing process.

“A lot of the lyrics are centered around the idea of leaving this world behind, towards something undefined… which makes the eternity of cosmos an inevitable image in the viewfinder. Like hitting the road, except upwards with no rear view mirror.“

‘They Came With Sunlight‘ from SÂVER will see release on CD, LP, and digital formats from Pelagic Records on March 8th. You will find location-based pre-order options linked below (digital to be announced soon).