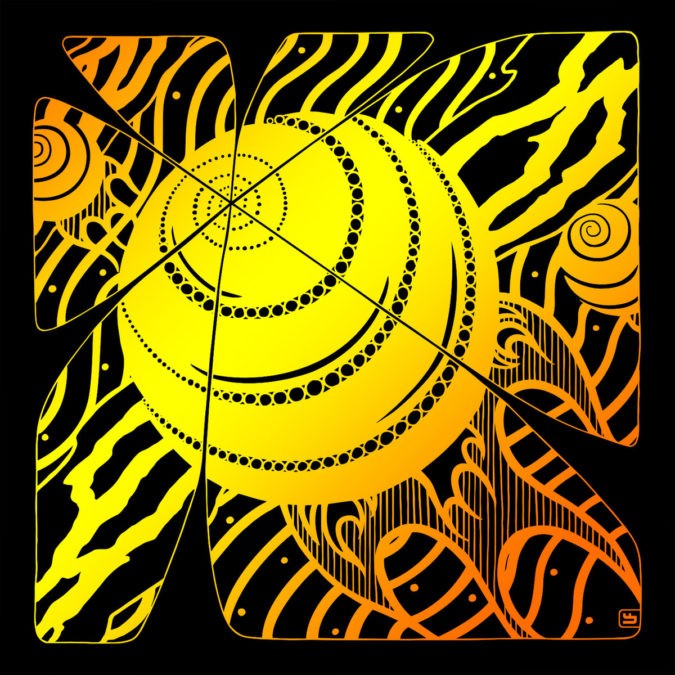 Kingston, New York’s heavy blues/psych rock trio GEEZER returns to the top shelf with their new EP ‘Spiral Fires‘, which is due for release on February 8th (digital/ streaming), with a vinyl press expected sometime this Spring from Kozmik Artifactz.

After recruiting Steve Markota as GEEZER’s new drummer in the summer of 2017, the band knew it was now the peak time to refocus and start afresh. With gigs as their inspired motivation, over the following year or so the heavy blues triad set about performing at multiple regional festivals in the U.S. All the while, a revitalized GEEZER was writing and road-testing new songs.

During that process, it became clear that one album was not enough to fully capture what was happening. An EP would be the foundation to set the stage for the upcoming full-length LP. The result is the mind-altering new EP, ‘Spiral Fires’. A three-song collection edifying the embodiment of GEEZER’s quest for all things heavy, trippy, and groovy. ‘Spiral Fires’ is the first passage in GEEZER’s new journey, and with it they’re now sharing the first single “Spiral Fires Part 1” in both audio as well as a lyric video created by Yod Multimedia. You can find both below.

Guitarist and vocalist Pat Harrington on the new EP:

“Hooking up with Steve changed the band. For the first time in a long while, we had the ability to really take our time and see where the music would take us. Changes were taking place, we were traveling to new musical landscapes. Along the way, a flash of light would appear over the horizon, these songs are those moments… lightning in a bottle.”

The ‘Spiral Fires‘ EP was produced by Pat Harrington. Recorded at Darkworld Studio in Kingston, NY, by Matthew Cullen and assistant engineers David Daw and Robert Kelly. Mixing was done by Matthew Cullen at The Cat Haus in Catskill, NY, with mastering by Scott Craggs at Old Colony Mastering in Boston, MA. The ‘Spiral Fires‘ cover art is by Lee Fenyves, with design layout by Steve Markota.

‘Spiral Fires‘ will be available on vinyl through Kozmik Artifactz in the very near future. The band is releasing the EP for digital download and streaming through Bandcamp on February 8, 2019.  While we’re waiting for the release, go check out some live dates for GEEZER coming in the next few months, then watch the new video for “Spiral Fires Part 1“!