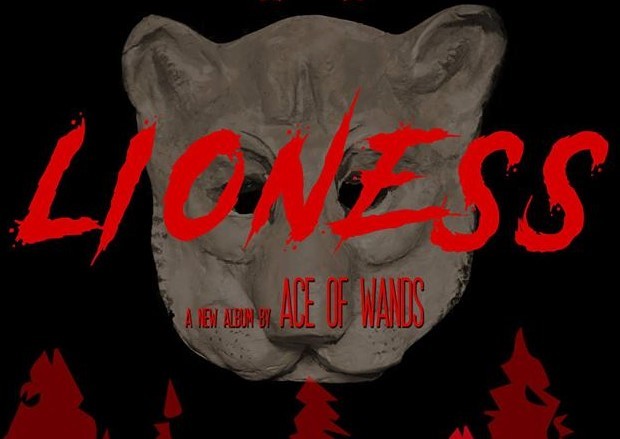 ‘Lioness‘ is set to arrive on February 22nd and will undoubtedly excite fans of emotionally enhanced indie rock. Upon the album, the members of ACE OF WANDS – Lee Rose, Anna Mernieks, and Jody Brumell – have crafted striking songs that possess an abundance of magical sensations. There is an underlying, yet uplifting quality to them, songs borne from trying times and personal tribulation.

Struggles are something that Lee Rose is quite forthcoming about, things she addresses in the ‘Lioness‘ title cut and elaborated on further here:

“The song ‘Lioness’ was written at a time of transformation in my life. The song was written from a place of self-destruction, while at the same time searching for strength and the ability to persevere. The Lioness – a powerful, fierce, nurturing and self-reliant creature – embodied all of the qualities I was searching for in myself at the time. The video for ‘Lioness’ was inspired by a love of horror movies and suspense. The video depicts the lure of self-destruction followed by an acceptance of the darkness within. The video shows each band member to be at a different stage of this transformation, ending in a unification of the three musicians as one unit.”

The official video for the song reflects the dark trials undergone to produce such cathartic music. Much like the tarot-based inspiration for the band’s name, ACE OF WANDS are the embodiment of the process. The visual clip for ‘Lioness‘ is based on conceptions from Lee and its director, Samuel Scott.

Check it out below, along with the previously released, airy, psych-tinged offering “10,000 Feet“. ‘Lioness‘ will be released on February 22nd.

ACE OF WANDS will be appearing live at the following events: