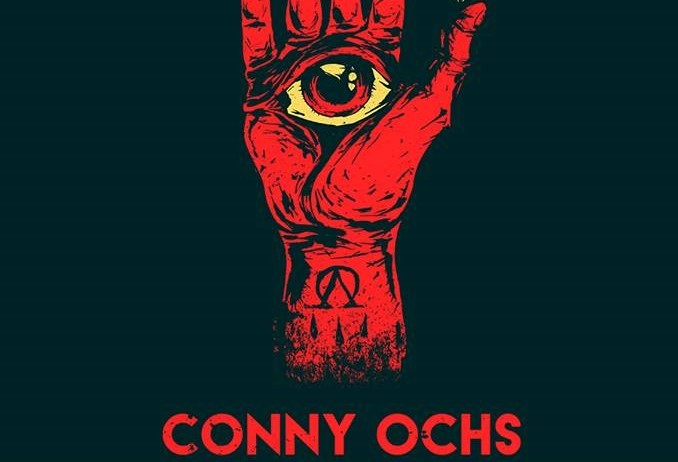 The album, ‘Doom Folk‘, will arrive February 15th from Exile On Mainstream, and those familiar with Ochs know they can expect music that delves deep into the human soul. Such a journey explores myriad aspects of said soul, resulting in moving, well-articulated lyrics presented from a meditative sense of artistry. The finest example of this available at this moment is the new album’s maiden single.

“Dark Tower“, like all the contents of ‘Doom Folk‘, displays the prowess that Conny possesses as a writer and performer. In addition to writing all the material, he performs all instruments on the record, including bass, drums, percussion, guitars, organs, and of course vocals. However, for the visualizer accompanying the single, a backline of fellow musicians – Johannes Doepping on drums and Hannes Scheffler on bass – are presented for the first time.

The “Dark Tower” video was filmed by Lutz Kretschmann of Kretsch Film at UT Connewitz in Leipzig. Ochs had the following to say about the video:

“We filmed the video in one of my favorite venues ever, at the UT Connewitz in Leipzig. a place full of spirit and history, run by good friends who let us hang out there for a late afternoon in winter. Just the right place to conjure a spirit of calm intensity. The sort of which you can feel in a place where you feel home.“

‘Doom Folk‘ was fully written and performed by CONNY OCHS, recorded at Kabumm Studio in Golzow, Germany in April of 2018, and is produced and engineered by Thommy Krawallo. It will arrive on LP, CD, and digital formats via Exile On Mainstream on February 15th; pre-order is active now in the U.S. at Earsplit Distro and international pre-order from Exile On Mainstream.

To accompany the release, CONNY OCHS announces the “Doom Spring 2019 European Tour” in support of the album. The trek begins February 22nd in Pistoia, Italy, and will run to May 19th, when it wraps in Parma, Italy – with the majority of the scheduled shows heavily concentrated in Germany. There are also two very special shows included in the tour, as CONNY OCHS will perform at both of Exile On Mainstream‘s upcoming 20th-anniversary celebrations.

The first event will be April 4th through the 7th at UT Connewitz in Leipzig, Germany where Conny will appear with a full band, as featured on the new album. The second will be a more intimate, solo show at Roadburn Festival in Tilburg, Netherlands, on April 13th, 2019. Watch for updated tour info to arrive over the weeks ahead as ‘Doom Folk‘ nears release.

UPDATE! – As this article was going to press, a new song from ‘Doom Folk‘ has been shared… check out the track “King Of The Dead” below the following visualizer.