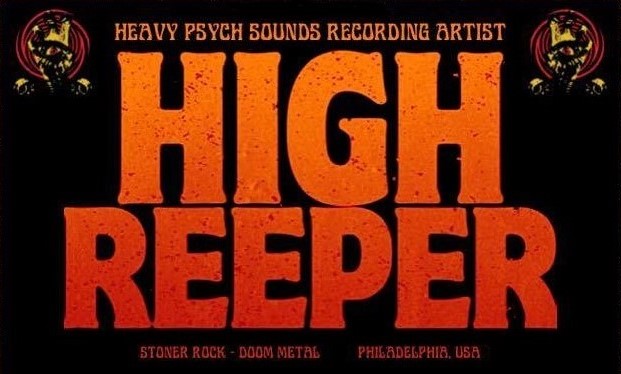 This reality becomes immediately clear once you hear a song like “Bring The Dead“, with Zach Thomas offering the following comment concerning it:

“For the “Bring The Dead” video we wanted it to be natural, just a spin on our live set with some cool lighting. There’s an apocalyptic theme of chaos that runs through the album and, lyrically, I think this song was a turning point in the way the album is set up. It’s the last of the “chaos” that sets up the second side of the album, which is more of the “aftermath”.

The ‘Higher Reeper‘ album is a grand gesture filled with a traditional proto-metal vibe in its contents, not at all bad for a band begun as a studio-only act in 2016. However, they soon realized that their music was meant to be shared with people and transitioned themselves into a live band… a very LOUD live band. From its electrifying guitars and heavy rhythmic fortitude, topped off with fiery, dynamic vocals, the new record is a sure-fire crowd pleaser – and one that contains HIGH REEPER‘s first-ever ballad to boot, the ethereal “Apocalypse Hymn.”

Check out the “Bring The Dead” video below, along with the previously shared single, “Eternal Leviathan“. ‘Higher Reeper‘ is adorned with stunning cover artwork created by SoloMacello (High On Fire, Sleep, Zakk Sabbath) and will be released March 22nd from Heavy Psych Sounds Records (distributed in the USA by Forced Exposure).

It will be available in LP, Digi-Pak CD, and Digital formats, with pre-order active now at Heavy Psych Sounds.

In related news, HIGH REEPER will embark upon a European spring tour this April – May and has been confirmed to appear at Desertfest London (May 3rd-5th). You can find the full itinerary listed further below.