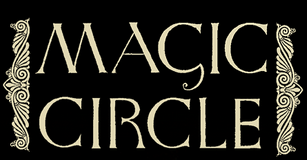 ‘Departed Souls‘ will be made available on LP / CD / Cassette / Digital formats and is set to arrive from 20 Buck Spin on March 29th. Today, we are sharing the album details and a fantastic official video for the album’s title track. You can find the pre-order for the digital version available now at this 20 Buck Spin, while physical format pre-orders are intended for late February or early March.

From the very start of the “Departed Souls” single, one hears the unmistakable Iommian influence in its riffs, as a vintage audio styling also becomes quite prevalent. Throughout the recesses of the song, moody shades of traditional rock and early proto-metal shine forth from within the depths of its textural fabric.

‘Departed Souls‘ is the third album to be released from MAGIC CIRCLE, the band’s second for 20 Buck Spin after 2015’s ‘Journey Blind‘. That was preceded by the band’s critically acclaimed, independently issued, self-titled début in 2013. In 2016, the band released the ‘Scream Live‘ EP, which contained a 2015 live performance from a local radio station, 88.1 WMBR in Cambridge, Massachusetts.