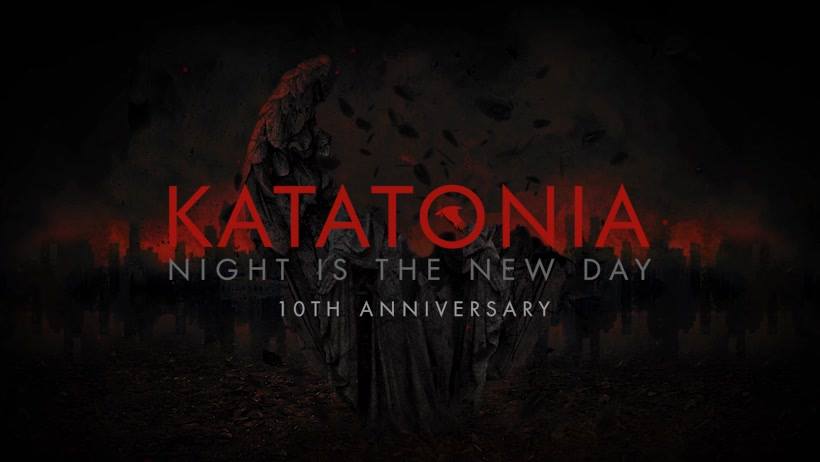 This November will make ten years since Sweden’s iconic, progressive doom act KATATONIA released one of their most diversified and successful albums yet, ‘Night Is The New Day‘.

Now, after a lengthy period of stillness (the band announced undertaking a short hiatus at the end of 2017), KATATONIA reveals they will celebrate the 10th anniversary of ‘Night Is The New Day‘ with a deluxe edition version of the album.

Within the songs on the album, the band delivered the heaviness and morose atmosphere they are so well-known for while incorporating electronics and synths into a more important, prevalent role. The big, heavy parts are interspersed with quiet, somber electronics and acoustic guitars that add a depth of textural darkwave that is emotionally intense.

In case you need a reminder, view KATATONIA‘s official video for the track “Day And Then The Shade” below.

This is not all that KATATONIA has planned to celebrate the album, to further commemorate this dark monument, the band will return to play ‘Night Is The New Day’ in its entirety at six select club shows in Europe in May. Find the itinerary for the “Night Comes Down Over Europe Tour” listed below; support on all tour dates provided by Cellar Darling and Wheel [Tickets].