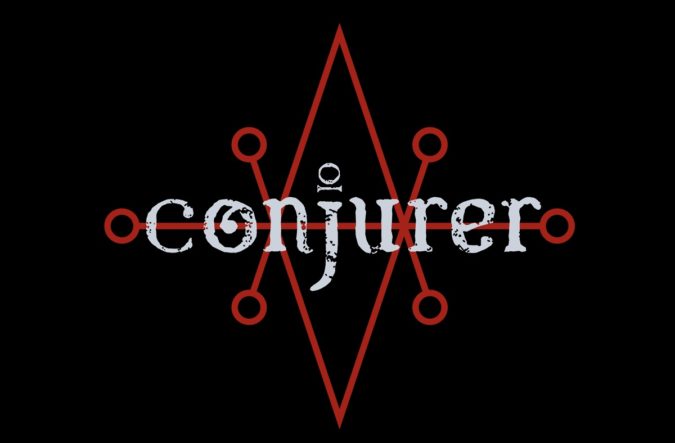 Nearly three years since their last music release, Indianapolis, Indiana’s CONJURER ** is back leaner, meaner, and ready to call forth immersion into their new album ‘Sigils‘.

A seven-song offering of immense tonal density and sprawling gloom to express the current weight of the collective world mood. The new CONJURER ‘Sigils‘ album will be available for pre-order on March 22nd, for both digital download and physical CD formats, via the Conjurer Bandcamp page [LINK].

The full album release date for ‘Sigils‘ is set for April 5th, 2019. Word has it that Small Hand Factory is also planning to release ‘Sigils‘ on a limited edition cassette sometime in the near future.

Have a listen to the first track, “Will Of The Hag,” streaming below.

Formed in 2010, the band released their self-titled EP in March 2013, following it up with their début full-length album ‘Old World Ritual‘ in June 2015, and a split 7” vinyl release on Small Hand Factory in November 2016. ‘Sigils‘ was written, recorded, and produced by CONJURER. The album was mastered by Mammoth Sound Mastering.

CONJURER is celebrating the release of ‘Sigils‘ with a live show on April 20th, at State Street Pub in Indianapolis, with Void King, Archarus, and more. More information can be found on the Facebook event.