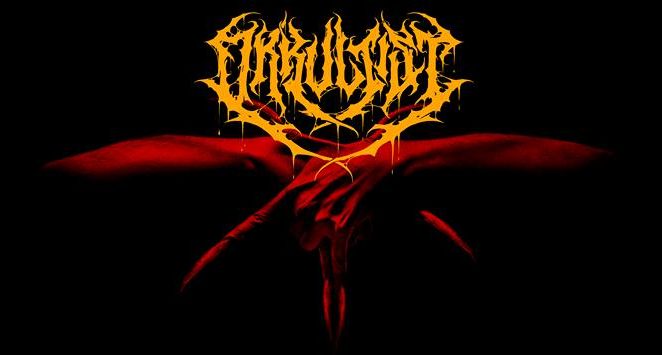 Portugal’s contemporary death metal extremists OKKULTIST are unleashing an astounding video for the song “Sign Of The Reaper” today.

The crushing track hails from the band’s imminent début full-length album, ‘Reinventing Evil‘, which is set to be released March 15th through the new label started by Moonspell’s Fernando Ribeiro, Alma Mater Records. The long-running veteran of symphonic extremity had the following to say about the album’s arrival via his label:

“OKKULTIST is the kind of band the Portuguese scene needs: talented, young, focused and just fucking brutal.“ The Moonspell vocalist and Alma Mater Records owner comments. “Portuguese Death Metal has never sounded so exciting in my ears so we can’t wait to release this beast upon you and help you to reinvent evil together with this amazing Portuguese talent.”

Today’s “Sign Of The Reaper” official video is an absolutely incredible ocular presentation that will enthrall one’s senses of sight and sound. Its shifting images and music are dynamic expressions of creativity from both the band and its enigmatic frontwoman and envisionist, Beatriz Mariano. The talented demoness served as the video’s director, director of photography, creator of certain special effects, and also handled the editing.

OKKULTIST offered the following about the clip:

“For the third release, we picked a track that again, bleeds our message and will send shivers down your spine. And once again, Okkultist meets the vision of our lead vocalist on a new wickedly intense $0 budget production.”

‘Reinventing Evil‘ was produced by Pedro Paixão (Moonspell) and the band, tracked at the Poison Apple Studios in Lisbon, and mixed by Tue Madsen (Meshuggah, Moonspell, The Haunted). Check out the album artwork and tracklist below (along with the previously shared lyric video for “I Am The Beast“); it is available to pre-order now at this LINK.

OKKULTIST will host an album release show where ticket holders will receive the new album for FREE: