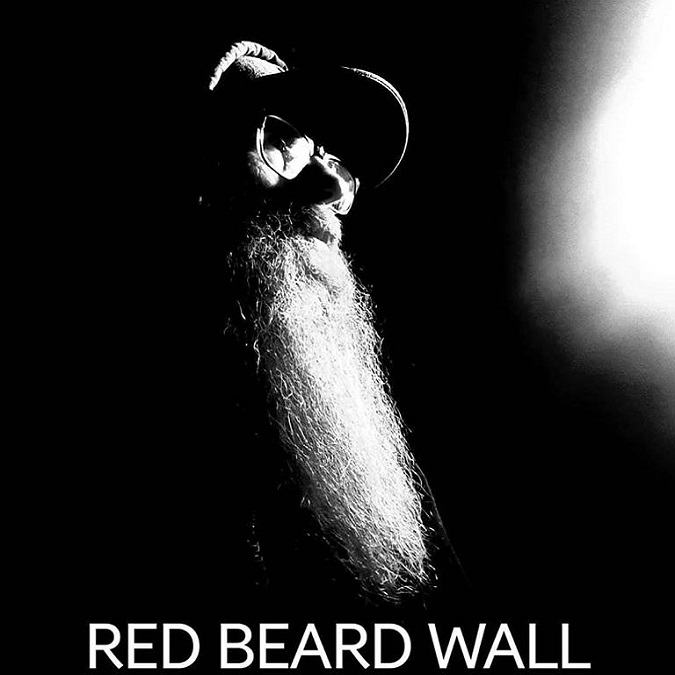 When RED BEARD WALL, the Texan sonic decimation duo of Aaron Wall (guitar, vocals) and George Trujillo (drums) released their self-titled début somewhere near the middle of 2017, it certainly caught me off-guard with its very different, hammering approach.

They more than had my interest locked right on and away. So, when their second Argonauta Records offering finally reared its snarling head at the end of February 2019, I knew I’d want to say a little something about it. Given RED BEARD WALL‘s already unique and proudly minimalist treatment of first-degree ear battery, not much was needed or should have been significantly altered for ‘The Fight Needs Us All‘.

Thankfully, that is exactly what’s presented this second time around. The repetition-based blending of doom, sludge, and the most gnarled elements from the early ’90s heavy underground alternative still sound both mesmerizing and antagonistic. Those Yin and Yang vocals are also still right at the forefront, with Aaron disarmingly serene one moment, only to subsequently let loose a howl that would scare most black-metal types to tears. Eight songs, 40 minutes, all honed and purposed, just like album number one. Well… almost.

As much as exists a definite continuation and near integration record-to-record, some welcome and unobtrusive, yet quite important, tweaks have been neatly nestled into the mix. The songs have all been structured tighter and lengthened up a bit, for a very good reason. These new tracks seem to hold true to the formula, but then… it hits you. Sneakily and quite effectively, this twosome has added considerably more melody and catchiness.

You won’t realize you’ve started humming along to the madness. Is this a form of growth or maturity? I hope not, but it pushes things subtly towards other opportunities, if they may be wanted.

Yep, RED BEARD WALL have unleashed a nice little under-the-radar monsterpiece with ‘The Fight Needs Us All‘. You just may detect some hint here or there of another artist, but really, this shines of its own accord. Nobody sounds like these guys and I say that with the best intent possible. Unlike that other “wall” that has people fighting to no end, you can and damn well better get behind the building of this one.