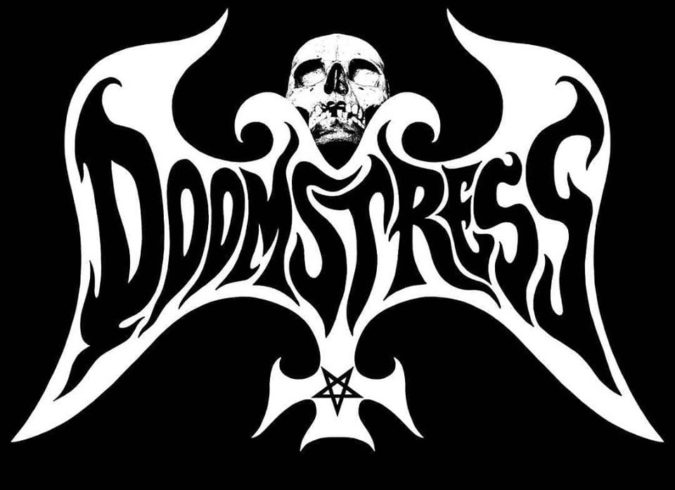 ‘Sleep Among The Dead‘ is its title and it will see an April 30th release on limited edition vinyl through DHU Records, and CD through Ripple Music. ‘Sleep Among The Dead‘ was recorded in 2018, but it might cause folks to ponder and wonder how due to the amount of road activity DOOMSTRESS is known for conducting. The band’s reputation as dedicated, down-for-the-cause road warriors is well-deserved, and stems from their no-holds-barred and well-exercised right to rock… and that they do.

Today’s news revelation also includes the album cover art, track-list, and a detailed rundown of available formats, and pre-order info. The artwork was once again created by Goatess Doomwych, creator of the band’s art portion for a previous split release with Sparrowmilk, and it is a stunning presentation of visually enthralling imagery.

We have included the official video for “Bitter Plea“, a single from the new album, streaming below.

A1. Bitter Plea
A2. Burning Lotus
A3. Dreaming Spider
A4. Your God Is Blind

B1. Bones And Rust
B2. Apathetic Existence
B3. Sleep Among The Dead

Pre-orders for the DOOMSTRESS ‘Sleep Among The Dead‘ Limited Edition vinyl will go live Friday, March 29th at 7:00 PM CET. The album will be officially released on April 30th and is available in the following formats listed.