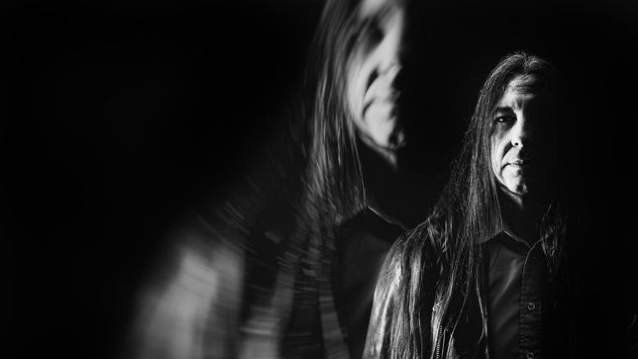 The discography and list of works that multi-instrumentalist Per Wilberg has contributed to over the years is an astounding representation of his talents, to say the least.

Per has played keys, bass, guitars, and more with a number of bands and artists from a mind-blowing roster of acts, contributing to recordings as well as live performances. They include, to name just a few, Opeth, Spiritual Beggars, Candlemass, Kamchatka, and King Hobo – his band with drummer Jean-Paul Gaster – along with collaborations with Gaster in Clutch and their instrumental alter ego, The Bakerton Group.

Having spent more than three decades crafting his artistry, the time seems right for Wilberg to branch further out and explore more experimental type fare, which brings us to today’s announcement.

Per Wilberg reveals that his new solo album, ‘Head Without Eyes‘, is set to be released May 10th via Despotz Records (pre-order HERE). “Get Your Boots On“, a new single from that album is streaming below, while Per offers the following about the album:

“The challenge for me and something that I really wanted, was to keep things within the so-called ‘pop format’ with a verse and a chorus part, also on the longer songs.

The majority of the music I’ve played in my life has been based on guitar riffs. But with this, I wanted to focus on moods and let the lyrics set the tone. Kind of a singer-songwriter vibe but instead of using the traditional Americana backdrop, I worked with using field recordings and noisy parts in the songs as well as some quirky arrangement ideas to give it more of a cinematic feel.

I’ve always liked the yin and yangs in music, to have a very defined melody on top of something atonal or dissonant. It creates a lot of tension and in this case, it’s the thread that runs through the album. This shaped the lyrics as well, as they all deal with the fear of leaving, or the fear of being left in different contexts. Little stories with a nihilistic tone…“

For ‘Head Without Eyes‘, Wilberg handles all instruments and vocals with the exception of drums, which are played by Karl Daniel Lidén (Katatonia, Crippled Black Phoenix, In Mourning) and Lars Sköld (Tiamat, Avatarium). Billie Lindhal (Promise And The Monster) lends her incredible voice to several of the songs as well. Pre-order the new release HERE.

Addressing “Get Your Boots On“, Per offered these insights into the song, saying:

“Get Your Boots On’ turned into more of a traditional rock song than what was originally intended, but I’m really happy with how it came out. t’s a catchy song, shorter than the rest but I’d like to think it gives the whole album more dynamics and a good balance between the dark, doomy and more adventurous stuff on there. I already had the words so this was the only song where the music was written after the lyrics. I was aiming for a KILLING JOKE/HAWKWIND vibe on the drums for this one and Lars Sköld gave the song some great energy that shines through Jonas Kjellgren’s attentive mix. Enjoy!“