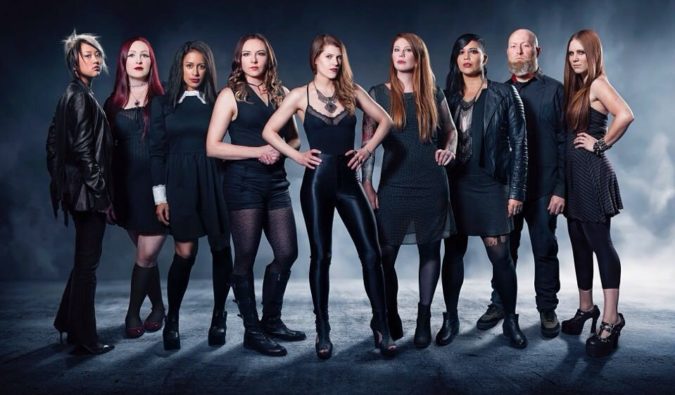 Canadian nu-metal mavens KITTIE announce the band’s 20th anniversary live reunion show in Ontario (2017) will see an official release at the end of this month.

March 26th saw the arrival of the concert film “Kittie: Live At The London Music Hall” via physical format release. The Blu-ray / DVD editions of the film will be available exclusively through Amazon, while a digital video release is planned from Vimeo.

One notable absence was bass player Trish Doan, who joined KITTIE in 2005, and was forced to exit in 2008 due to health issues. Sadly, Doan passed away in 2017. In a touching dedication to their fallen friend, the final song performed at the 2017 concert is an unplugged rendering of “Funeral For Yesterday“. The 20th-anniversary event also served as a screening of the long-in-the-making documentary celebrating the band’s existence, “Kittie: Origins / Evolutions“.

Watch the “Charlotte” video from “Kittie: Live At The London Music Hall” below.