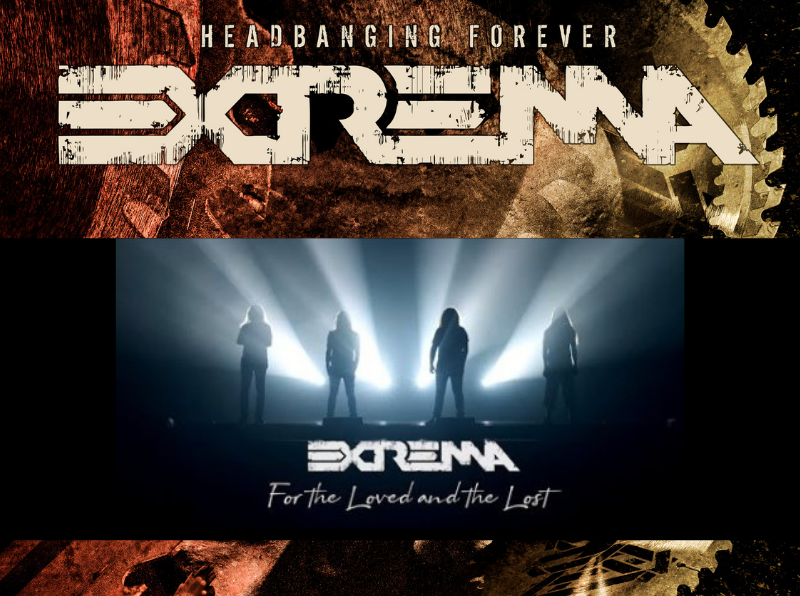 Long-running, old-school, Italian thrash metal outfit EXTREMA is gearing up for the Rockshots Records release of their new album, ‘Headbanging Forever‘, on May 10th.

The imminent arrival from these heavy metal warriors, their seventh studio album since the band’s inception in 1985, is their first with new vocalist Tiziano Spigno. He joined the band in 2017, helping to open new creative routes for the other band members – Tommy Massara (guitars), Gabri Giovanna (bass), and Francesco La Rosa (drums).

With ‘Headbanging Forever‘, EXTREMA delivers one of their most powerful sonic statements yet. The band’s take on ferocious, over-the-top metal is fueled by the fret-inflaming guitar wizardry of Tommy Massara, the only remaining member of the original EXTREMA lineup. Over the years, he has played the role of artistic and executive producer for the band, and now they are set to share their unmistakably Bay Area-inspired thrash metal with fans on a larger scale.

The EXTREMA musical style might best be described as Exodus-meets-Heathen, with the attitude of Motörhead to boot. It is technical and unrelenting on an album or upon a stage, and you can experience the first of those here today with the reveal of the quartet’s official video for the song “For The Loved And The Lost“. It is accompanied by the new record’s artwork, created by Gustavo Sazes (Arch Enemy, Gus G.), and tracklist.

‘Headbanging Forever‘ will arrive May 10th from Rockshots Records, and will be available as CD, deluxe digipack, and limited edition colored gatefold vinyl (with signed poster) formats. Pre-order is active now at this LINK,

Pre-order the digital album at either:  APPLE  | AMAZON