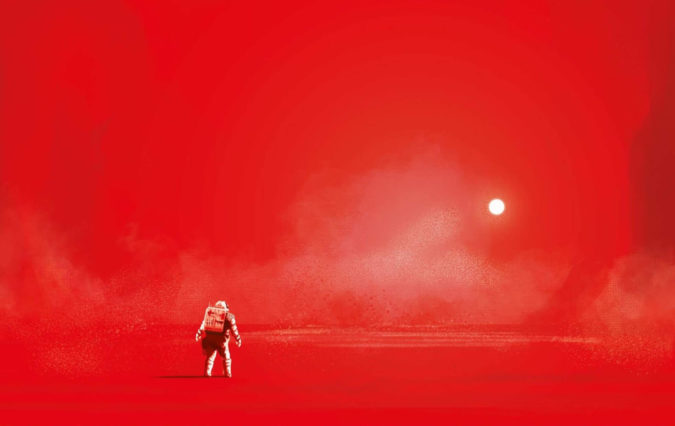 Available in two versions, an 18-disc ultra-deluxe box set and a seven-disc standard edition, all feature new Stereo and 5.1 Surround Sound mixes. The 18-CD ultra box contains previously unreleased material, including the soundtrack to ‘Oedipus Tyrannus’ (75 minutes in length), recorded in July 1974. Extracts from these recording sessions have previously been included on ‘Rubycon‘, ‘Encore‘, and the Virgin Records sampler album, ‘V’, but the full 75-minute recording has been mixed in stereo and 5.1 for the first time and is included in the box set.

Also included are two CDs worth of newly mixed, previously unreleased pieces from the ‘Phaedra‘ sessions, and a 15-minute outtake from ‘Rubycon‘.  Finally, three London concerts recorded by the Manor Mobile are included in full: Victoria Palace Theater (1974), The Rainbow Theater (1974), and Royal Albert Hall (1975).

Lastly, the Box Set features a 68-page hardback book with never-before-seen photos and a reproduction of the original ‘Ricochet’ promotional poster (while supplies last).

Founded by Edgar Froese in 1967, TANGERINE DREAM rose to prominence for its pivotal role in the development of the German musical style known as kosmische (“cosmic”). Their “Virgin Years” with the label is viewed as a highly productive era where some of the band’s most important, and experimental, albums were produced. These recordings further explored the use of synthesizers and sequencers and include the U.K.’s top 20 albums ‘Phaedra’ (1974) and ‘Rubycon’ (1975). The group also had a successful career composing film soundtracks, creating over 60 musical scores including those for the films Sorcerer, Thief, Risky Business, The Keep, Firestarter, Legend, Three O’Clock High, Near Dark, Shy People, Miracle Mile, and Identification Of A Woman.

In later decades, TANGERINE DREAM continued its prolific artistry, having now released over one hundred albums and continuing to score projects, cinematic and otherwise. The latter includes video game soundtrack work, like that for Grand Theft Auto V, as through the years, countless musicians would come and go, collaborate, create and in time, depart in many cases. Sadly, Edgar Froese passed away in 2015, but not before leaving the prestigious group under the leadership of Thorsten Quaeschning (Froese’s chosen successor and the current longest-serving band member, having joined in 2005), as they continue to release ground-breaking recordings.

Listen to Steven Wilson’s stereo remix of the “Sequent ‘C’” piece from this collection below. ‘In Search Of Hades: The Virgin Recordings 1973-1979‘ Box Set arrives June 14th from UMC/Virgin. Early pre-orders will receive the free, limited original Ricochet poster while they are available.