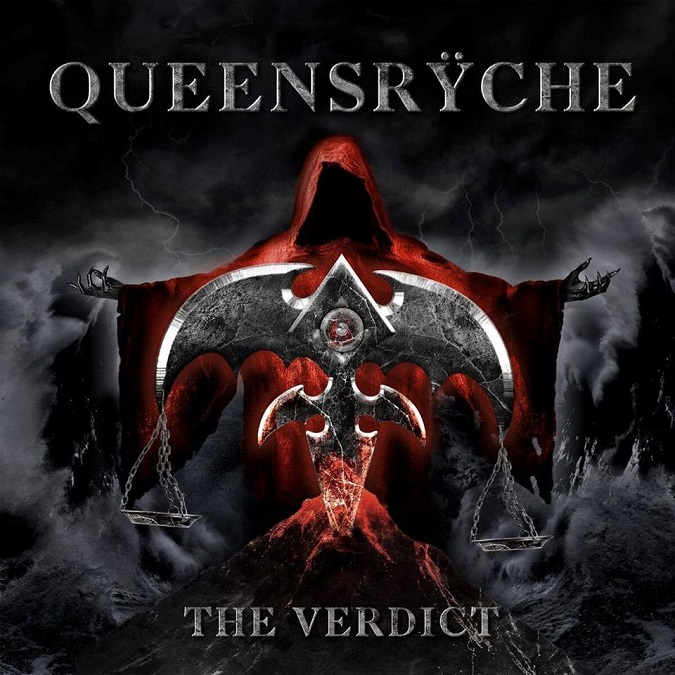 Any band that perseveres after that initial burst of inspiration and novelty that accompanies any new venture is bound to experience some dips in quality and focus from time to time.

QUEENSRŸCHE came out of the ’80s leaving an undeniable string of classic albums in their wake – ‘Rage For Order‘, ‘Warning‘, and especially ‘Operation: Mindcrime‘ remain essential purchases for fans of prog metal. Even the introduction of less metallic songs, warmer tones, and even (gasp) romantic lyrical themes on albums like ‘Empire‘ and ‘The Promised Land‘ was largely met with enthusiasm by the band’s fans. But as the ’90s wore on, the new car smell was beginning to wear off, with guitarist and main songwriter Chris DeGarmo leaving the group in 1997, after the release of the ill-received ‘Hear in the Now Frontier‘.

The band pushed on through the aughts, releasing a series of serviceable but increasingly indistinguishable albums, at times unrecognizable from the QUEENSRŸCHE of old. Tensions within the band continued unabated until they boiled over in 2012, after a series of escalating confrontations between the rest of the members and singer Geoff Tate, leading to Tate being expelled from the band with extreme prejudice. The remaining trio of Scott Rockenfield (drums), Michael Wilton (guitars), and Eddie Jackson (bass) quickly recruited vocalist Todd La Torre of Crimson Glory and relative unknown guitarist Parker Lundgren to record what they hoped would be a return to form.

The resulting album, 2013’s self-titled ‘Queensrÿche‘, was the best offering the band had served up since the early ’90s, and 2015’s ‘Condition: Human‘ only strengthened the belief that the band’s days of trial and tribulation were firmly behind them. Now, with the release of ‘The Verdict‘ on Century Media Records, QUEENSRŸCHE has officially closed the door on any second-guessing or worries of backsliding. What we have here is a classic QUEENSRŸCHE album with just enough new elements to keep us plugged in and eager to hear what the band will throw at us next.

Album opener “Blood of the Levant” practically roars its intentions that this will be a much more metal affair, the production of Chris “Zeuss” Harris giving full attention to all frequencies, the sound full-throated and crystal clear. Besides matching Geoff Tate’s range and unique sense of melody that helped define the band from the beginning, La Torre handles all drumming duties on the album for the M.I.A. Scott Rockenfield. (Casey Grillo is pictured with the band above and is accompanying them on their current tour dates – listed below.) La Torre even jumps into the guitar arena to perform the guitar solo in closer “Portrait”, making him the clear choice for MVP here, even amongst the wealth of musicality that shapes and drives the album.

The first single, “Man the Machine”, keeps the boot on our throat, the tempo breathless and intense. If you were to close your eyes, you’d think Tate never left, La Torre taking up the mantle that his legendary predecessor vacated with impressive skill and fluidity. Not that La Torre doesn’t have his own personality, as evidenced on several key tracks throughout, but he fits QUEENSRŸCHE‘s vocal needs like he was born to sing in this band. “Light Years” (video below) features the type of gritty, in-your-face bass tones that have set Eddie Jackson apart from his contemporaries for his entire career. Jackson often takes the lead or pops out of the mix at the opportune moment to deliver the perfect bass riff or fill to complement and heighten our enjoyment of an arrangement.

Spacey and atmospheric, “Inside Out” quickly morphs into a slyly heavy track full of plentiful twists and turns, all while never losing the plot or getting too enamored with pointless calisthenics. The musicians in QUEENSRŸCHE are well past the point of having to prove themselves, the impressive guitar work on display here presented matter-of-factly and workmanlike. “Propaganda Fashion” sounds like it could have been stolen from the ‘Mindcrime‘ sessions; the purposely robotic, almost monotone backing vocals calling back to the icy tinge that made that album so effective.

The clean guitar tones throughout the album are impressively crystalline, “Dark Reveries” another clear beneficiary of their presence. The song is at turns haunting, symphonic, sorrowful, and anthemic: in other words, just another day at the office for QUEENSRŸCHE. “Bent” unleashes heavy, “Empire”-style riffing and vocal stylings, La Torre once again showing his worth, soaring high above, diving to subterranean lows, excelling at both and all points between.

The band continues the assault with “Inner Unrest”, the pounding opening grabbing our attention before we’re dazzled with a series of logical but unexpected waypoints and musical detours.
Guitarists Michael Wilton and Parker Lundgren must have been feeling particularly inspired for these sessions, because they unleash an avalanche of potent guitar riffs throughout the album, with “Launder the Conscience” another prime example of the duo’s chemistry and inventive interplay. The pair create a tapestry of guitar parts that haven’t been seen on a QUEENSRŸCHE album since the glory days of the band before DeGarmo took his leave.

The eerie “Portrait” closes out the album on a strong note, showing there are still new avenues to be explored in the band’s sound while maintaining a thru-line that connects them to their classic material. When a band has been at it for as long as QUEENSRŸCHE has, the danger of a certain inertia beginning to set in is often hard to resist. QUEENSRŸCHE recognizes this and does their damnedest to keep things fresh here, and they are on a three-album winning streak that shows how they have taken the spark given to them by Todd La Torre and fanned the flames with ingenuity, desire, and heart.

This is a band that has been afforded a second lease on life and has no intentions of squandering it on half measures or unrealized potential. As it stands, QUEENSRŸCHE is now releasing the type of albums we expected from them following the immense success of 1991’s ‘Empire‘, and that is cause for celebration from all corners of the prog-rock and metal world.