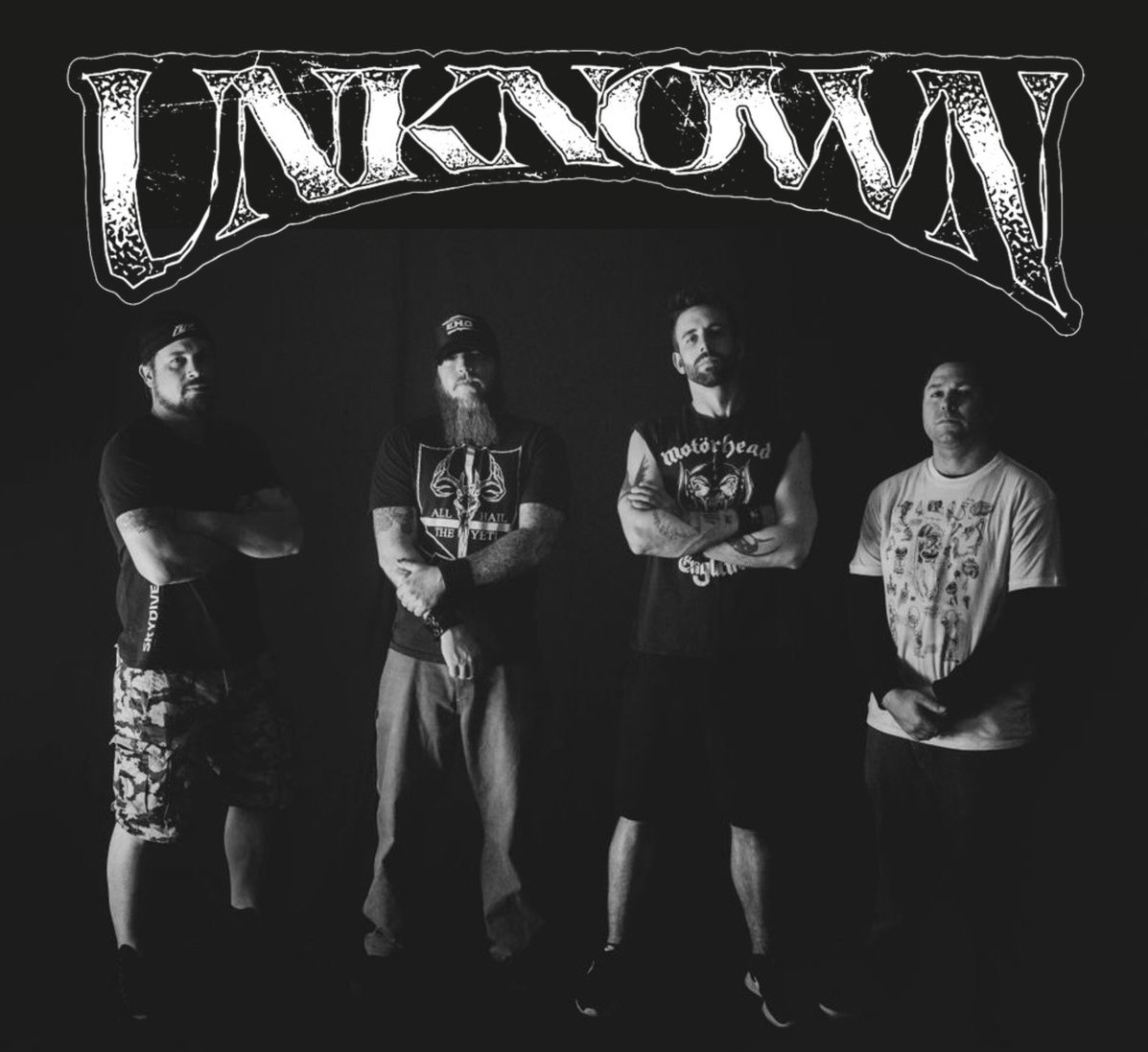 From the Commonwealth of Virginia, the location of Woodbridge to be more exact, comes the return of that which cannot be named… anything but UNKNOWN!

With a long-running history in the metal dense underground of their home state, the band’s origins date back to at least 1999. After their formation, UNKNOWN spent several years honing the band, their music, their live shows, every aspect of importance. In the early 2000s, they would take to the roads of the eastern U.S. after countless live shows at home with numerous established national acts. Then, in 2009, the band decided to take a short break, with members eventually going on to work in other bands and projects as the break became a lengthier hiatus.

In recent times, the band reactivated, and with the arrival of 2019, UNKNOWN marks this year as the band’s 20th anniversary, the right time to make moves again. Move they have too, as vocalist Steve Moss, guitarist Kevin Walker, drummer Mike Daniel, and bassist Chris Gilchrist announced the unleashing of the four-song ‘New Beginnings’ EP.

Accompanying it is their recently unveiled video for one of its tumultuous tracks, “Serpent’s Lullaby“, the second video offered from the recording after “Vicious” premiered in March.

The metallic output of UNKNOWN is nowhere remotely as vague as the band’s name implies, for it is a full-on assault of southern groove imbued, aggressive contemporary metal. There are melodic thrash elements channeled in the onslaught of assailing guitar, abusive rhythms, and decimating drums that deliver the goods here. The vocals are a straight-up, relentlessly hostile heralding of hatefulness given a voice and going to town with it. Am I painting you a visible enough image of just how pugnacious and powerful the audio output of UNKNOWN is?

Check out the ‘New Beginnings‘ EP from UNKNOWN here, along with the pair of official videos from it. You can catch them live at the appearances listed below.