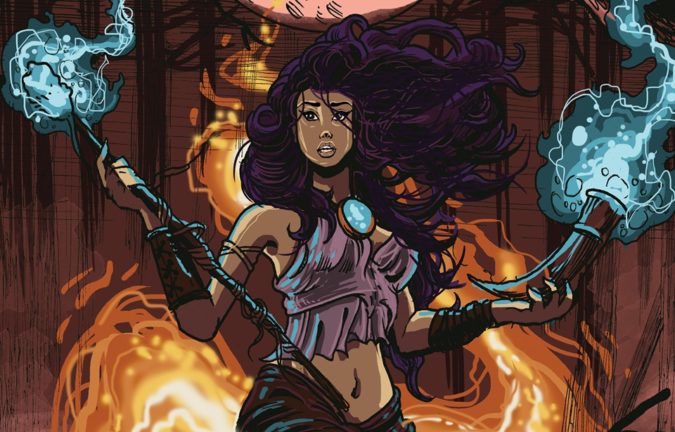 They are revealing details of the upcoming release today, along with the unveiling of the first single “Breo-Saighead (Triple Goddess)“, by way of a new video. The song is a revealing example of how the WYKAN way of melding heaviness and groove with jarring blasts of aggression, is executed in an oft-times experimental setting.

This is something WYKAN excel at creating within their massive sounding music and is sure to permeate every passage on the follow-up to the ‘Solace‘ EP, the band’s 2018 début (streaming below and currently available at Bandcamp as a Name Your Price item).

“We want to give fans a trip for the mind, without barriers and hooks, just plain vibes and atmosphere. This next EP is overall, it’s more classic riffing to go with each genre we touch in each of the songs. As a story, ‘Brigid: Of The Night’ is about the Celtic Goddess known as Brigid. The whole theme, and three songs, are a historical take on ceremonies and festivities based on her deity representation and relationship with the Celtic peoples of Ireland pre-Christianity.”

The three-song ‘Brigid: Of The Night‘ follows the band’s plan of releasing an EP every six to ten months and also features Simon McKay of The Agonist as a guest drummer on track three, “Reul-Iuil Bride (Star Of Brigid)“. Arriving in full on June 7th, the EP is available as a $1.00 or more pre-order purchase at Bandcamp HERE.