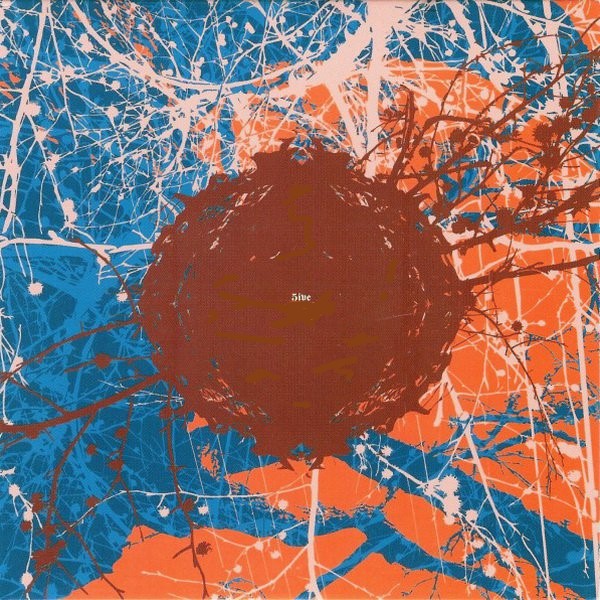 5IVE (sometimes known as 5ive’s Continuum Research Project) came into existence in Boston, Massachusetts circa 2000, and consisted of the duo of Ben Carr and Charlie Harrold at its heart.

The mostly instrumental project was one of the earliest acts to pioneer a caustic melding of sludge and post-metal with atmospheric and experimentally natured elements. Those elements would take the form of psychedelic enhancements derived from noise rock and some semi-stoner sonic qualities, all found in abundance on the self-titled first studio album, issued via Tortuga Recordings in 2001. With its heavy leanings into a somewhat more doom oriented styling, this first 5IVE release featured bassist Jeff Caxide (Cable, Isis, Palms, Red Sparowes, House Of Low Culture) working with the pair.

Later that same year, they released their second studio album, once again through Tortuga Recordings, ‘The Telestic Disfracture’. Some rather notable guests appeared on this record, one being the man that provided vocals on its first two tracks, Jonah Jenkins (Only Living Witness, Milligram, Raw Radar War, The Northern Skulls). Another was drummer Mike Hubbard, whose resumé reads off a rather impressive compiling of trailblazing bands such as Warhorse, Infestation, Mabbus, and others.

In 2003, the duo’s seemingly in-flux state underwent yet another metamorphosis, as the entity embraced a name change to the previously mentioned 5ive’s Continuum Research Project. Working with Jeff Caxide once again, the temporal trio recorded and released the highly ambitious ‘The Hemophiliac Dream‘, a record with two lengthy tracks. One is the almost 23-minute long “The Hemophiliac Dream – Part 1“, the second a remix version by none other than James Plotkin (Khanate, O.L.D., Scorn).

A pair of splits also arrived between 2004 and 2005, beginning with ‘Kid606 vs. 5ive’s Continuum Research Project‘ and one entitled ‘Full Buck Moon‘ with another Ben Carr band, Theory Of Abstract Light. In 2005, another incredible two-track demo, ‘Continuum Research Project: Perturbation‘, which clocked in at over 70-minutes running time. This would be followed by the core duo of Carr and Harold’s 2006 ‘Versus‘ EP, offered initially as a tour-only release but later made available for public retail from Odd Halo Records. This five-song offering included the song “Soma” which was then reworked in a two-stage (songs) remix from Jk Flesh, aka Justin K. Broadrick of acts such as Godflesh, Jesu, and formerly of Napalm Death.

It was in 2006 that the band retook the name 5IVE and continued their creation of transformative audio movements, like the ones that comprised 2008’s ‘Hesperus‘. This would be the third full-length studio album from 5IVE, and unquestionably one of their heaviest works to date… it would also seemingly be their last. No other recordings have materialized since its release.

5IVE has never officially disbanded or ceased their existence though, both Ben Carr and Charlie Harrold have explored music in other projects.