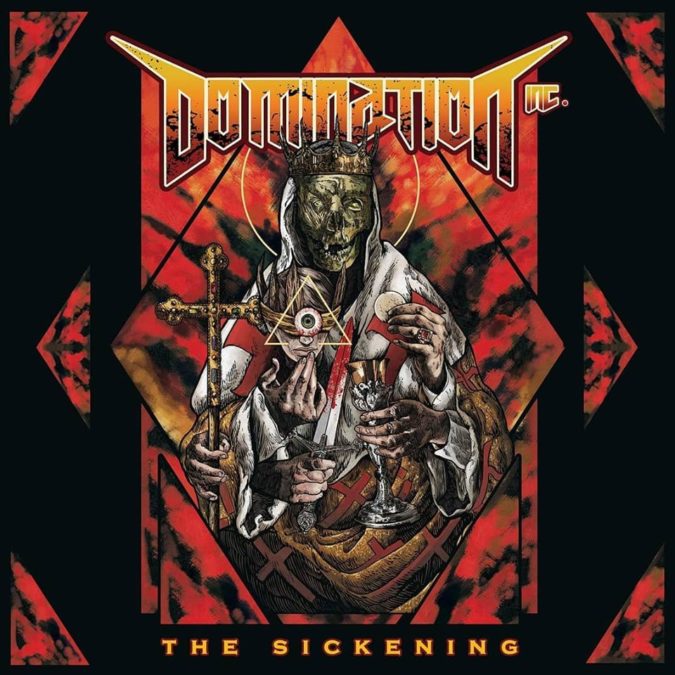 The thrashin’ metal maniacs DOMINATION INC. from Athens, Greece are back with their first new single and official video from an upcoming album release due this summer.

“The Sickening” is the first single to strike from the band’s new release from SPV/Steamhammer, ‘Memoir 414‘, due out worldwide on August 23rd. On this salvo of energized intensity, the band previously known simply as Domination delivers a frenzied battery of riff-driven metal chock full of primal hardcore elements. Coming across with a furious sense of purpose, this music packs the wallop of a sledgehammer, yet one offset with catchy melodies.

Originally formed in 2011, as the aforementioned Domination, the five-piece band quickly developed a name for themselves with a pair of EP releases: ‘Realm Of Crisis‘ (2012) and ‘The Sacred Matrix‘ (2013). With their reputation as a kick-ass metal maelstrom on album and stage now beyond any suspicion, the band’s full-length 2015 outing, ‘Infants Of Thrash‘, established them in ways that were impossible to ignore.

With a recent altering of their name in an effort to stand apart from the crowd, the now DOMINATION INC. is poised to pummel the metal masses into submission. This sonic subjugation begins here today with “The Sickening” video directed by Screaming Mango Productions. ‘Memoir 414‘ was produced & mixed by Fotis Benardo, with mastering by Henrik Udd. The album will be available in CD digipak, vinyl LP, and digital download and streaming formats on August 23rd from SPV/Steamhammer. Pre-order is active now HERE.