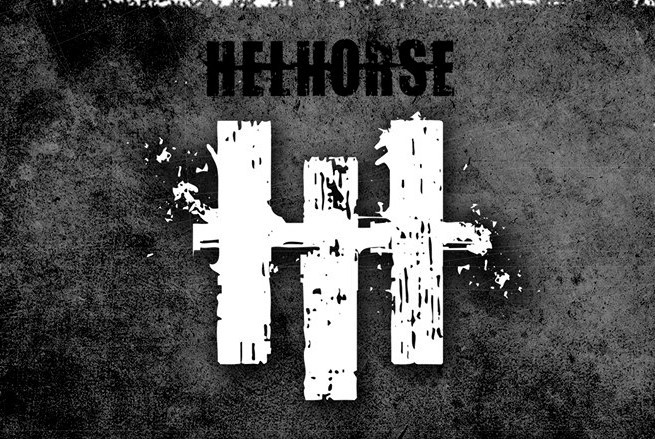 Finally. To be quite honest, I had begun to wonder if I might ever receive the opportunity to report the news of an album release from Denmark’s HELHORSE.

Sure, it has been a brief three years (to some) since the band unleashed their eponymous third full-length album in 2016, preceded by 2013’s ‘Oh Death‘, and 2011’s ‘For Wolves And Vultures‘. But for some of us, time seemed to slow to a snail-like pace, crawling and drawing itself out further and further as HELHORSE fans awaited news, any news… and now it has come!

HELHORSE will issue their new album ‘Hydra‘ via Rodeostar Records on August 23rd. Today we unveil the album details and introductory first single, “Overboard.” The single is accompanied by an official video treatment and finds our fierce foursome revealing powerful new elements in their music. Perhaps the increased use of melodies, catchy hooks, and impassioned vocal deliveries are traits picked up by the band’s elevated travels within the international music scene in recent years. HELHORSE has not only shared stages with acts such as AC/DC, Rammstein, and Slayer but recently toured Europe with the likes of Karma To Burn and Phil Campbell & The Bastard Sons.

Vocalist Mikkel Wad Larsen, guitarist Jakob Møgelcunt, bassist Theis Thorgersen, and drummer / backing vocalist August Vinther Ottsen are prepared to storm further than ever before into the minds and hearts of metal fans all over the world. ‘Hydra‘ is the vehicle by which they intend to make the journey, with routine live stops at stages everywhere, of course; essential for a band that has previously been named one of Denmark’s best live acts on several occasions.

Singer Mikkel Wad Larsen offered these words about the album:

“The perpetual rage feeds desire – that sums up pretty well how I felt writing the lyrics for this album. I have channeled my restlessness, my anger and my disdain for triviality and overall bullshit.”

‘Hydra‘ was mixed and mastered by Tue Madsen (The Haunted, Gojira, Meshuggah) and will be available on LP, CD and digital formats from Rodeostar Records on August 23rd. Pre-order has begun at the following links: