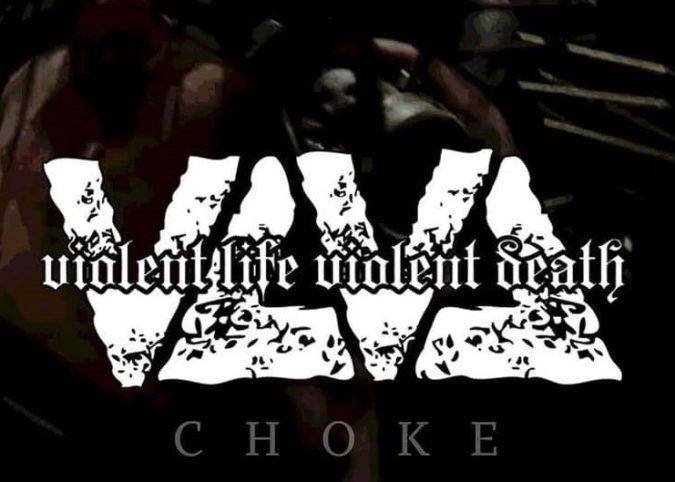 The song is one of the five salvos of ballistic, reinforced steel-like compositions gracing the band’s newly released EP from Innerstrength Records, ‘Sadness Rains‘. The video, like the song, is a rapid acceleration into frenetic chaos of aggressive intensity, with each complimenting the other. Be warned though, the video contains graphic scenes of injury, violence, and other content that may be questionable to some.

“Lyrically, “Choke” touches on the darker side of humanity. You really don’t know some people like you think you do, especially in dealing with what goes on behind closed doors. It also calls out our manipulative and selfish tendencies through our interactions with others and the world around us, even to the point where we intentionally cause pain and hatred in order to twist things to our advantage.”

“Sonically we wanted to mirror the sentiment described in the lyrics, keeping the overall tone dark and bleak with hints of desperation at the hands of unbridled power.”

VIOLENT LIFE VIOLENT DEATH exploded out of Queen City’s musical underground in 2016, quickly drawing comparisons to ZAO and Every Time I Die. Like those bands, VLVD renders a merciless battering of incendiary audio and has two previous EP releases under their collective belts: 2018’s ‘Come, Heavy Breath‘ and 2016’s ‘V-EP‘.

We are including a stream of the band’s latest effort, the ‘Sadness Rains‘ EP, here today; it is available for purchase via CD and Digital formats. Check out the “Choke” video along with the band’s previously presented lyric video for another EP track, “Pray“.

In related news, VIOLENT LIFE VIOLENT DEATH will embark upon a southeast U.S. mini-tour later this month. You will find the dates and locations, including a trek-wrapping appearance at the Perception Of Energy Fest in South Carolina,  listed below.