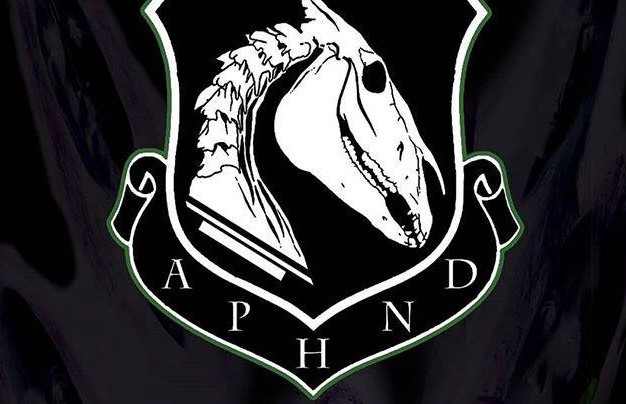 Long Branch Records recording artist A PALE HORSE NAMED DEATH will return to the U.S. highways this August in support of their latest release, ‘When The World Becomes Undone‘.

“APHND is very psyched to be playing some more U.S. dates in August, we are looking forward to bringing our signature doom sound to the southeast and mid-west United States along with meeting new fans and making new friends.“

The latest album was released earlier this year and is the band’s third studio recording following 2013’s ‘Lay My Soul To Waste‘ and 2011’s ‘And Hell Will Follow Me‘. A PALE HORSE NAMED DEATH has a uniquely distinct sound to their music, part alternative rock with grunge undercurrents, and part gothic doom. It was expected that comparisons to Sal’s previous band, Type O Negative, would be made and are at times quite validated… and not a bad thing, of course.

In June, A PALE HORSE NAMED DEATH issued an official video for their song “Fell In My Hole“, a track from their latest outing. Abruscato is currently joined in APHND by guitarists Eddie Heedles and Joe Taylor, bassist Eric Morgan, and drummer Johnny Kelly, also a previous drummer in Type O Negative.

The run of upcoming dates is listed below, with the trek kicking off August 15th in Clifton, NJ and running through August 31st in Akron, OH. Recent news revealed that APHND is currently working on a 7″ vinyl release due out this fall.