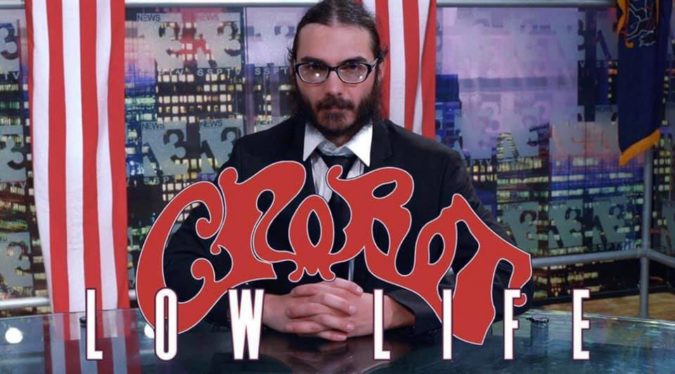 The band’s much anticipated fourth studio album is the follow-up to 2016’s ‘Welcome To Fat City‘. The imminent release is the first CROBOT record to materialize since the departure of the band’s previous rhythm section in 2017, brothers Jake and Paul Figueroa. At the time, fans questioned how the departure might ultimately affect things for the band, one seemingly dependent on the chemistry of the brothers with singer Brandon Yeagley and guitarist Chris Bishop.

Those concerns were effectively squashed once the band recruited new blood with drummer Dan Ryan and bassist James Lascu. CROBOT worked closely with Corey Lowery (Stuck Mojo, Stereomud, Dark New Day) in producing ‘Motherbrain‘, while revealing a dynamic shift in the substance and subject matter of their latest offering. In a press release for the album, Yeagley stated the following about the new record:

“[Motherbrain is]… less about wizards and dragons and more about everyday turmoil and the struggles of life. I think it’s a much darker record, musically, lyrically, and thematically.”

When people hear this, I hope they say, ‘Yeah, that’s Crobot.’ We want to maintain our identity from record to record. We always want to be genuine. It’s going to evolve, but it will always be Crobot.”

There is no suspicion that ‘Motherbrain‘ might somehow be anything but that, a realization now hammered home. This is something listeners will discover for themselves, as they unveil the new single “Low Life” and its official video. The song is the second to be shared from the record, following this past May’s “Keep Me Down“, and both are streaming below. Accompanying them are the album artwork and tracklist, along with details of some looming live actions.

CROBOT is currently on tour in the U.K. and Europe with support from Wolf Jaw; find all remaining dates listed below. Also included are a handful of album release shows set to take place in the U.S. this August.

Excitement is building for the return of CROBOT via ‘Motherbrain’, set for release from Mascot Records / Mascot Label Group on August 23rd. Available on CD, dark purple vinyl, marble pink/purple vinyl, and digital download. Pre-order is active now at this LINK.